Fostering a “culture of peace,” including through education and the media 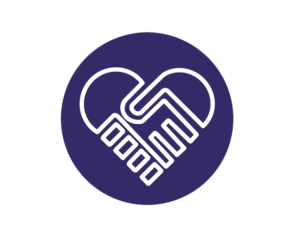 Fostering a “culture of peace,” including through education and the media

“[To sustain peace you need to] educate young people to believe that non-violent conflict resolution is the only way forward.” (FGD participant, Sweden)

Fifteen per cent of respondents pointed to building a culture of peace – including through peace education – as the most important element of sustaining peace. As a respondent from the Philippines pointed out, “More than laws and policies, there has to be a recognition of human dignity and basic human rights (…) that becomes a culture or norm in society. For example, human rights education must be pursued not only for students but also the policemen, military, and government officials.”

Education was most often indicated as a way of fostering a culture of peace within a community. As a participant from the Philippines said, “sustainable peace building takes effect through affordable and quality education that tackles peace studies and love for country and environment.” Additionally, participants of FGDs highlighted the need to instill the value of peace in young people. A respondent from Sweden noted that in order to sustain peace, it is necessary to “educate young people to believe that non-violent conflict resolution is the only way forward.”

The power of the media to promote a culture of peace was also recognized by respondents from Bangladesh, Canada, Libya, South Sudan, Syria, Sweden and Ukraine. A participant from Ukraine noted that the “lack of reliable information channels (…) generates conflicts and reduces the opportunity to build a peaceful policy throughout Ukraine and the occupied lands.” Furthermore, FGD participants in Ukraine listed the lack of information about peacebuilding opportunities and initiatives as the main challenge to sustaining peace. Other participants also shared that Russian-speaking media promote false narratives and messages that are divisive and prolong conflict. A participant from South Sudan also emphasized the role of the media in spreading hate speech and thereby contributing to the conflict. On the other hand, a participant from Colombia believed that it is possible to “reclaim” the media to promote peaceful attitudes among citizens.