Ensuring inclusion and participation in decision-making; and consultation in all institutions and processes related to peace and development 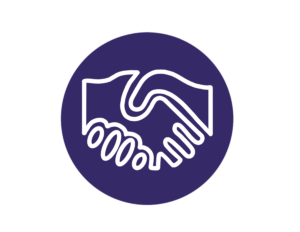 Ensuring inclusion and participation in decision-making; and consultation in all institutions and processes related to peace and development

“People should be consulted. When people have no ownership of decisions made that would affect their lives, peace will not be sustained.” (Ms. Mariam Barandia, Kapamagogopa, Inc., Philippines)

Thirteen per cent of respondents believed that building inclusive and participatory institutions is key to sustaining peace. Among those, 10 per cent specifically mentioned the inclusion of marginalized groups – especially women, youth and indigenous peoples – in decision-making as a necessary condition for Sustaining Peace. A survey respondent from Sierra Leone suggested “regular monthly meetings to identify the needs in the community” as one of the ways in which the government could contribute to diffusing tensions and preventing conflict. A respondent from Libya highlighted that “the most important element is to make people involved and build the sense of ownership in any [decision-making] process.” The respondent also added that government transparency is key and that inclusive community policing is a very important element to sustain peace in small communities.

The inclusion of women in decision-making and the need for gender equality was particularly highlighted by most respondents. As Gertrud Åström, UN-association in Sweden said, “A country where women’s rights are not respected will never be peaceful.” The inclusion of youth, indigenous people and persons with disabilities were also mentioned as priorities. As one of the participants from a FGD in Idlib, Syria pointed out, “the absence of youth institutions [in peacebuilding projects] and the marginalization of youth waste the energy and potential inherent in this age group.”