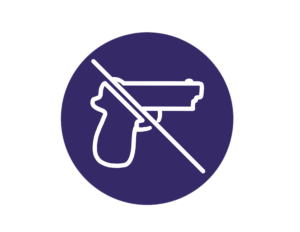 “[To sustain peace] I believe that we should first stop considering war and weapons as a solution.” (Survey participant, Libya)

“When Sweden earns money on exporting weapons it is no longer a peaceful society. It is necessary to demilitarize defense and make civil defense of Sweden something that is compulsory; and all citizens should be trained in nonviolence.” (FGD participant, Sweden)

Demilitarization was identified as an essential component of Sustaining Peace by 10 per cent of respondents. About 3 per cent also explicitly identified the ability to resolve conflicts in a non-violent manner as an important characteristic of a peaceful community.

Militarism was the sixth most often noted challenge to peace among the respondents, after bad governance, community tensions, inequality, negative attitudes, and lack of education. Research participants defined militarized culture as characterized by the proliferation of armed militias, easy access to weapons at the national level, and a robust global arms industry. A respondent from Syria further explained militarism as a specific mentality, favoring “military and security solutions” to conflict.

Respondents stressed that demilitarization needs to happen on multiple levels. At the global level, reducing arms trade and abolishing nuclear weapons were a priority. At the local level, disarmament of armed militias and controlling the spread of small weapons needs to take place along with the development or strengthening of non-violent conflict resolution mechanisms.