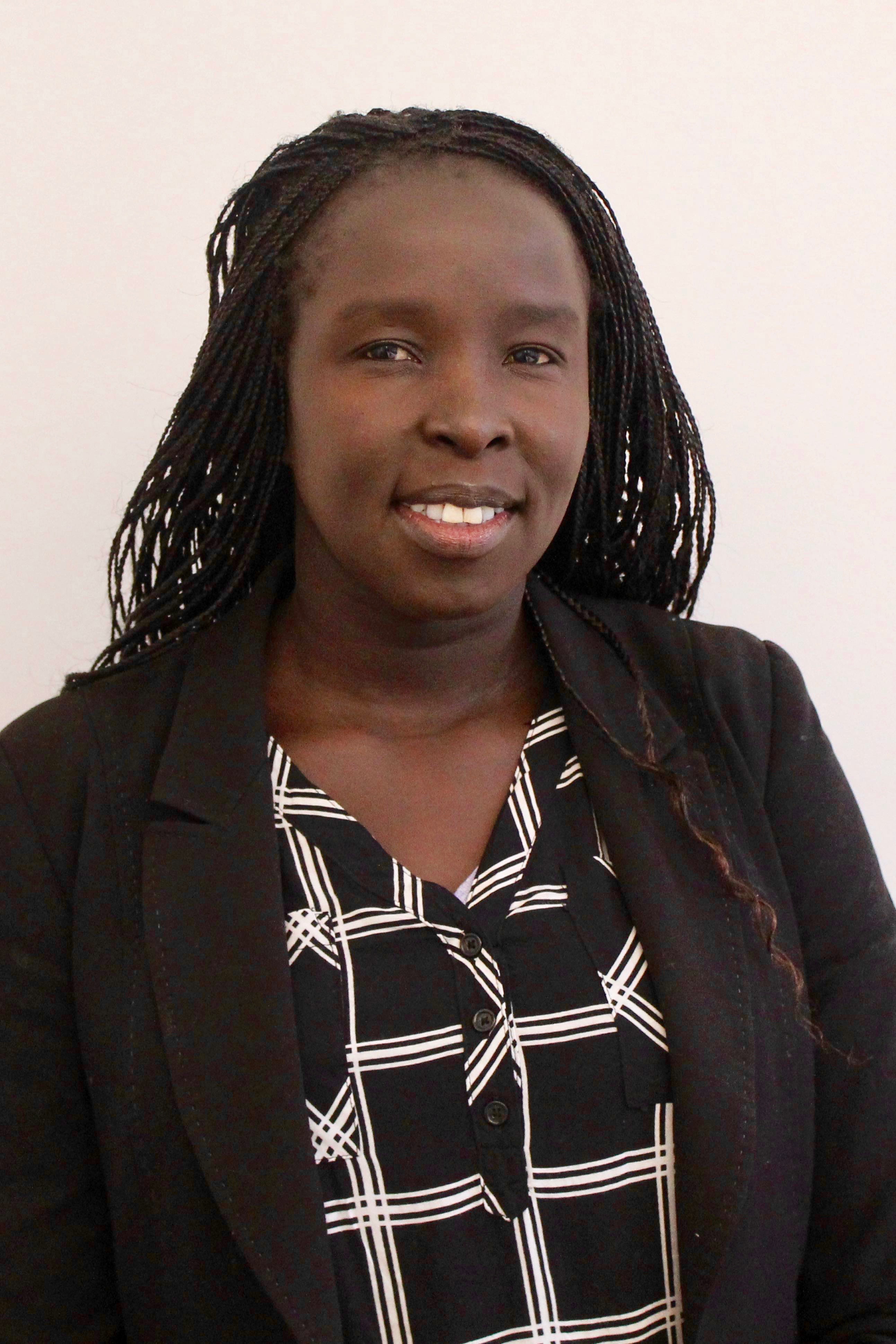 Nyuon Susan Sebit is a peacebuilder, advocate/lawyer and women’s right defender, she is passionate about the rule of law, access to justice and equality of all before the court of law. Nyuon holds Bachelor of Law (LLB) from the University of Juba from 2013 and had several other years of training in the field of human rights., mediation, gender, peace and security, and peacebuilding.

In 2018, Nyuon joined the Global Network of Women Peacebuilders (GNWP), as the third recipient of the Cora Weiss Fellowship for Young Women Peacebuilders, to  work on the promotion and the effective implementation of UN Security Council Resolutions 1325, 2250, and other related laws; and to support the implementation of the resolutions on women, peace, and security in her country.
Nyuon works to support the youth, peace and security; and women, peace and security agenda at the national and local levels, coordinating the nexus with global policymakers. She was officially awarded a Practice Advocate License by the South Sudan Bar Councils in 2015. Nyuon previously worked as the Managing Advocate at Prudential Attorneys & Legal Consultants, a legally registered law firm in the Republic of South Sudan that handles criminal and civil cases before all courts. She worked with UN Women South Sudan’s Country Office as an Ending Violence Against Women and Girls (EVAW) Program Specialist.
Nyuon is the founder and the Executive Director of National Alliance for Women Lawyers (NAWL) where she works to promote and advocate for the protection of women and girls; implementation of women, peace and security; youth, peace and security; and ending violence against women and girls in South Sudan. She advocates for women’s participation at all levels of governance and leadership.
Nyuon has spoken on numerous panels, including at the UNAI with Cora Weiss, she also spoke at the Centre for Conflict Resolution, presented a paper on gender, peace and security in the Great Lake region and Horn of Africa, and spoke at the UN Women Headquarters during the 18th anniversary of UNSCR 1325. In 2019, Nyuon spoke at a Global Gender Summit where she highlighted issues affecting women in conflict-affected countries. She also participated in advocacy for the renewal of the UN Human Rights Commission’s South Sudanese mandate during a session in Geneva.
﻿