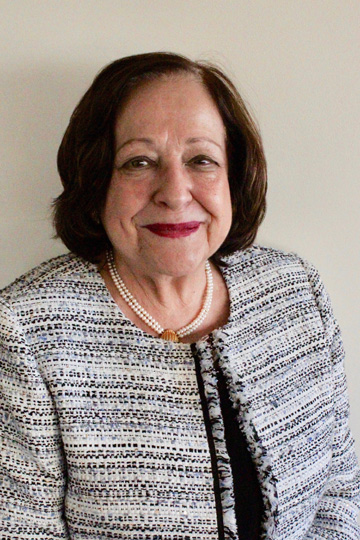 Treasurer of the Board of Directors

Dr. Rima Salah is the former UNICEF Deputy Executive Director and former Deputy Special Representative of the Secretary-General, United Nations Mission in the Central African Republic and Chad (MINURCAT). Throughout her career, she has contributed to UNSCR 1612 on child rights violations and UNSCR 1325 on Women, Peace, and Security. Her most recent important position was as a member of the High-Level Independent Panel on Peace Operations.

She holds a Ph.D. in cultural anthropology from the State University of New York and joined UNICEF in 1987 as a project officer for social mobilization in Quetta, Pakistan. She became resident project officer in 1989, became the UNICEF Representative in Burkina Faso in 1992 and the UNICEF Representative in Vietnam in 1995. For her important work, Dr. Salah has received many awards of distinction from several non-governmental organizations and UN Member States, including the French Legion of Honour.