From rebellion to governance: The establishment of the Bangsamoro Autonomous Region of Muslim Mindanao and local women’s participation in it 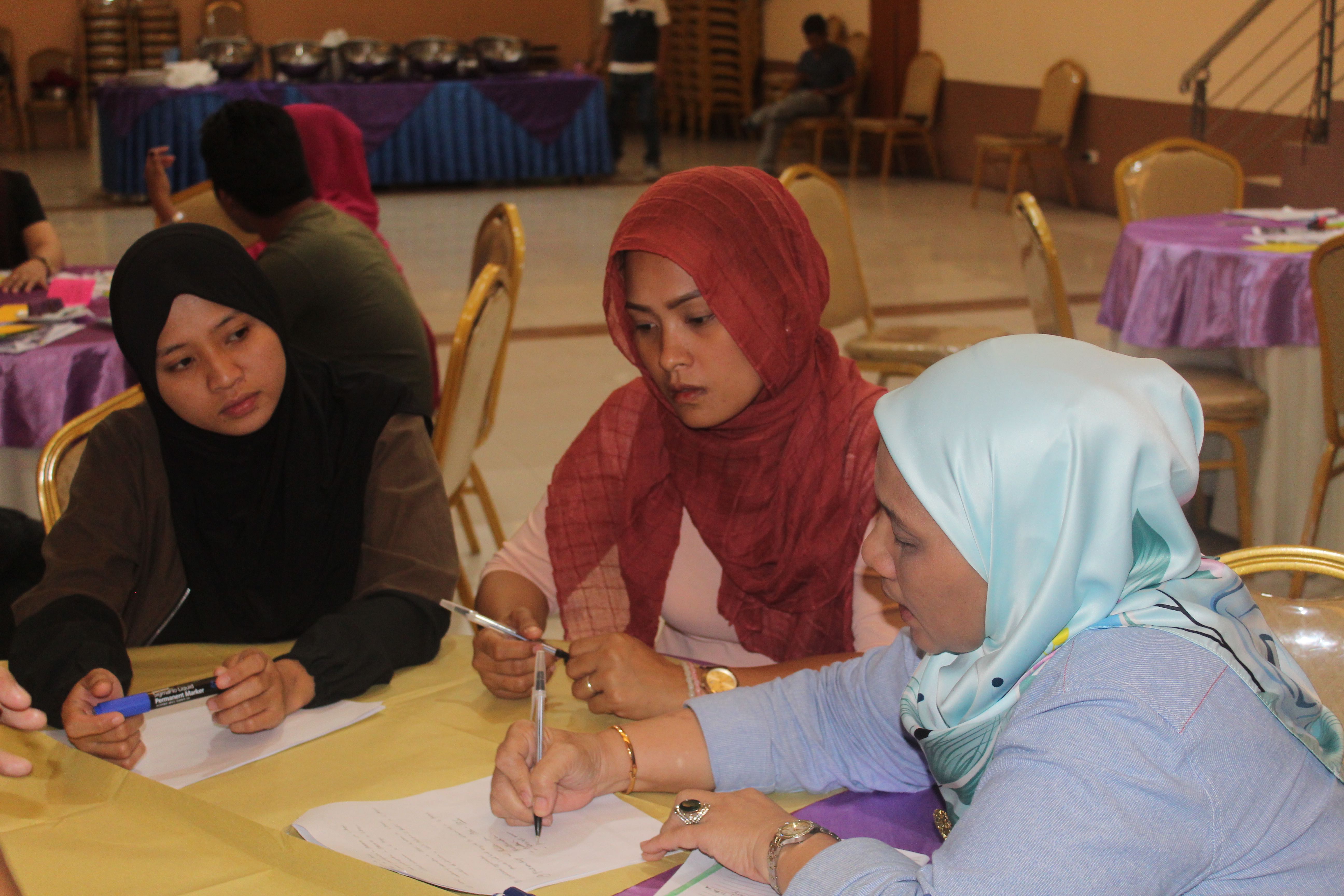 From rebellion to governance: The establishment of the Bangsamoro Autonomous Region of Muslim Mindanao and local women’s participation in it

After four decades of armed conflict, the Moro Islamic Liberation Front (MILF) and the Government of the Philippines signed a peace agreement that was later on enshrined into the Bangsamoro Organic Law (BOL). In January and February 2019, the BOL was ratified through plebiscites which established the Bangsamoro Autonomous Region of Muslim Mindanao and signaled the transition from rebellion to governance. The BOL contains provisions that guarantee the meaningful participation of women and other historically marginalized groups such as lumad (indigenous peoples) and youth in the Bangsamoro Cabinet. Building on this provision, the Global Network of Women Peacebuilders (GNWP) facilitated workshops in North Cotabato, Mindanao on July 29 to August 01, 2019 to enhance the capacities of local women and other marginalized groups to meaningfully participate in the implementation of the BOL.

In partnership with the Center for Peace Education at Miriam College and Balay Mindanaw Foundation, GNWP organized the workshops in order to increase collective understanding and ownership of the BARMM and the concrete actions and policies necessary for the peaceful transition amongst local women’s rights groups, local government leaders, youth organizations, and indigenous leaders.  The capacity-building workshop highlighted the various roles played by municipal and barangay (village) level government units, the Bangsamoro Transition Authority, the Office of the Presidential Adviser on the Peace Process (OPAPP), local police and armed forces, civil society, and media in the effective implementation of the BOL.

The participants consisted of representatives from the key stakeholders of the peace process including the Bangsamoro Transition Authority (BTA), the Office of the Presidential Adviser on the Peace Process (OPAPP) Joint Normalization Committee, the Philippine National Police, the Armed Forces of the Philippines, Bangsamoro Women’s Auxiliary Brigade, municipal and local government, civil society, and the Department of Interior and Local Government. Through many discussions, the participants reached a consensus on one of the primary challenges and obstacles to the peaceful transition to the BARMM: the limited collective understanding of the inclusive and gender-sensitive provisions of the Bangsamoro Organic Law.

While there is general support for the peace process, the participants of the workshop from Aleosan, North Cotabato voiced concerns and uncertainty on how the transition of the BARMM will unfold and impact their daily lives including the Internal Revenue Allotments—the financial subsidy that local governments receive from the national government; the decommissioning of ex-combatants, and the applicability of Sharia law. Due to lack of information dissemination and awareness-raising efforts, there is a high prevalence of misinformation and disinformation on the BOL. This results in distrust, fear, uncertainty, and ultimately, limited support for its implementation.

The local leaders also participated in a writeshop (writing workshop) to draft gender-sensitive and inclusive local legislation and policies that support the implementation of the BOL in Aleosan, North Cotabato. Provisions from the National Action Plan (NAP) on the United Nations Security Council Resolution (UNSCR) 1325 on Women, Peace and Security, and the Magna Carta of women were integrated into existing local legislation such as the Municipal Gender and Development Code and Local Development Plan to better respond to the impact of the armed conflict on local women and other marginalized groups. Ordinances to support the NAP on UNSCR 1325 and the implementation of the BOL by BARMM and non-BARMM barangays (villages) were drafted too. The participants also drafted ordinances establishing an economic empowerment program and a technical working group to address the needs of former women combatants and survivors of gender-based violence.

The leadership of local women in Aleosan, North Cotabato, as champions of peace is essential to transform the narrative of armed conflict into peaceful and effective governance. Strong local ownership of and active participation in the implementation of the BOL will bolster and support a peaceful, inclusive, and sustainable transition to the Bangsamoro Autonomous Region of Muslim Mindanao.

The capacity-building workshop and writeshop in Aleosan, North Cotabato, Mindanao are part of a four-year project supported by the Norwegian Agency for Development Cooperation aimed at building sustainable peace in the Philippines. A key component of this project is the enhancement of capacities of local women and other historically marginalized groups to meaningfully participate in the ongoing peace process with the Communist Party of the Philippines-New People’s Army-National Democratic Front and local implementation of the peace agreement with the Moro Islamic Liberation Front.