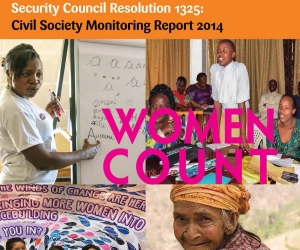 In 2014, the fifth year of Women Count, the civil society monitoring of UNSCR 1325, civil society groups from Azerbaijan, India, Iraq, Kenya and Libya participated in this independent monitoring report for the very first time. Moreover, we are for the first time including a territory, Nagorno-Karabakh in monitoring and analyzing the applicability of the WPS resolutions in different socio-political and cultural contexts. 21 countries were monitored in 2014 bringing the total number of countries monitored in the last five years to 24. Beyond just a figure, this number represents the wealth of data, information and analysis on how UNSCR 1325 has impacted the lives of women around the world—in conflict-affected countries, in developed and non-conflict countries, in middle income countries; in countries with or without National Action Plans.