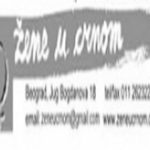 Background
On 9th October 1991, Women in Black began a public nonviolent protest against the war; the Serbian regime’s policy; nationalism; militarism and all forms of hatred, discrimination and violence. Thus far, it has organized more than 500 protests, most of which have taken place in the streets and squares of Belgrade, but also in other cities of Serbia and Montenegro, throughout the former Yugoslavia, other cities in Europe, and around the world. Anti-militarism and non-violence is our spiritual orientation and our political choice.
Projects
Women, peace, security – regional conference held every year in October from 2005 to 2010 in Belgrade on the occasion of the anniversary of Resolution 1325.
Women, Security and Activism – Repression of Human Rights Defenders Regional conference held in Totovo Selo in May 2007 in Vojvodina.
Monitoring Process of the Drafting of the National Action Plan for the Implementation OF UNSCR 1325 – The survey research was completed in 2010 covering the whole territory of Serbia, under the title ‘Visibility, participativity, democracy and inclusiveness in the drafting of the National Action Plan for the implementation of the UN SC Resolution 1325.’ The survey research showed that this process was neither democratic, nor transparent, nor inclusive.