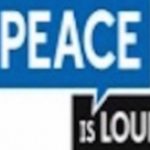 Background: Abigail Disney founded Peace is Loud in 2009 after producing her first film, the award-winning documentary Pray the Devil Back to Hell. The film, directed by renowned filmmaker Gini Reticker, tells the story of the Liberian women who came together to end their country’s brutal civil war and bring peace to their shattered nation.
The film’s first official screening, held a month before its premiere at the Tribeca Film Festival, was in the mountain town of Srebrenica in Bosnia and Herzegovina. That first audience was a group of 50 women who had survived the Bosnian genocide a decade earlier. Despite the differences between their two countries, these women saw themselves in the Liberian peacemakers onscreen. Inspired by the film, they met with their mayor and demanded that women be included in the city’s reconciliation and rebuilding efforts—an unprecedented and audacious act. Since then, the film has been shown at hundreds of screenings across the U.S. and around the world, galvanizing audiences to re-envision their own capacity as peacebuilders.
The generative forces behind the making of the film and impact it has had on viewers continue to motivate us today: Frustration—that the story of the brave and visionary women in Liberia who joined forces to end a bloody civil war was at risk of being lost in the official records of history. Hope—that by sharing their story, we would honor the strength and perseverance of these women—ordinary mothers, grandmothers, aunts and daughters, both Christian and Muslim. Conviction—that their experiences, and others like them, can trigger a groundswell of peacebuilding worldwide.
Mission
Our mission is to generate a groundswell of people committed to building a culture of peace. We inspire action through media and live events that spotlight women leaders on the frontline of peacebuilding worldwide.
Programs
Our three key programs spark dialogue and action, critical elements for culture change:
SEE Peace: We harness the power of film and other media to bring to life the leadership of everyday people who are standing up to violence and building peace from the ground up.
SPEAK Peace: We organize speaking engagements and other live events spotlighting women peacebuilders from Afghanistan to Zimbabwe whose courage and activism are altering the history of nations.
MAKE Peace: We create social action campaigns that encourage and empower people to build peace in their day-to-day lives—in their own communities and as citizens of the world
Contact Information:
Joanna Hoffman, Events & Communications Manager
212-782-3731
Joanna@peaceisloud.org