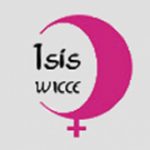 Isis-WICCE is named after the ancient Egyptian goddess Isis who symbolises wisdom, creativity and knowledge. Founded in 1974 in Geneva, Switzerland as an action-oriented women’s resource centre to meet the needs for information by women from various regions of the world, Isis-WICCE later moved to Kampala, Uganda in 1993. The aim of the move to Africa was to tap into African women’s ideas, views and problems and share this information with women at the international level. Since relocating to Kampala, Isis-WICCE started national and regional programmes to facilitate the flow of information from Uganda to other parts of Africa and the rest of the world. The organisation immensely contributed to and strengthened the women’s movement in Uganda and on the African continent. Isis-WICCE still carries on the vision of its founders; Jane Cottingham and Marilee Karl of communicating ideas, creating solidarity networks and sharing information to overcome gender inequalities.
Isis-WICCE programmatic areas include the Feminist Leadership Institute; Research, Monitoring and Evaluation, Information and Communication and Advocacy and Networking from Mexico to Beijing and New York. Research and knowledge generation is the core of Isis-WICCE programming. Since 1996, they have been engaged in researching and documenting the experiences of women in situations of armed conflict in Africa and globally. Isis-WICCE has provided data and information on women’s human rights violations in situations of armed conflict, including the targeting of women human rights defenders. Isis-WICCE is working towards a new transformative body of knowledge that provides holistic appreciation of women’s sexuality and rights. The Feminisht Leadership Institute is primarily focused on strengthening women’s activist leadership and political leadership in order to be able to challenge existing institutional mechanisms that undermine women’s rights. The Institute develops human capital to address the deficit of women’s leadership in armed and post-conflict settings, builds a vanguard of women leaders who are able to manage the issues and dynamics of conflicts in their settings, and that they continue working towards eradicating violence against women.