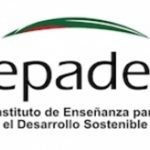 Background: IEPADES is a non-profit civil society organization, founded in January 1990 to promote peace building and democracy in Guatemala and the region. It is based on social justice and community self-management.
Currently IEPADES is committed to human security and the construction of peace based on social justice. Thus, IEPADES reiterates its commitment to participate in a proactive and constructive debate, according to the Peace Agreements signed in Guatemala in 1996. As an Institute of Education, IEPADES develops and contributes to the construction of the human security model from the “Framework Treaty on Democratic Security of Central America” (1991) and the “Peace Agreements” in 1996. IEPADES aims to apply this model of human security in which people are seen as the center of all social and political action. Therefore, our institution considers it necessary to promote respect for human rights especially those of vulnerable populations such as children, women and elderly people.
IEPADES also works to build a democratic and healthy environment to ensure gender equality equal, reduce violence, and increase access to justice.
Mission: The mission of IEPADES is to contribute to the construction of democracy within a participatory and inclusive society based on the pursuit of peace and the respect of fundamental rights of all people.To this end, IEPADES addresses strengthening citizenship engagement and community self-management through the ownership of decision making processes at local, national and regional levels.
IEPADES works for the pursuit of peace by contributing to the construction of a democratic society. The Institute is divided into three major lines of work: Research, Public Policy Advocacy, and Social Intervention. All efforts are coordinated and share institutional resources, therefore reducing overhead costs.
Programs: Local Management of Security and Justice
Armed Violence Prevention Security Sector Reform and Gender
Food Safety and risk prevention