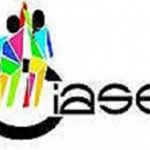 Background
CIASE began in December 2005 as an organization concerned with the failure and lack of guarantees in the realization of the human rights of the population, especially the economic, social and cultural rights of women in a context of ethnic and cultural diversity and internal armed conflict. Its goal is to have a say in public policies concerning the rights of the people, with a clear definition of positive actions for those whose rights have been permanently violated.
Mission
CIASE’S mission is to promote the integral realization of human rights, in particular economic, social and cultural rights, and to contribute to the construction of a society that recognizes its differences and the need to negotiate conflicts in the framework of rights for all. CIASE believes that research and investigation as well as analysis, active communication and information leading to democratic participation, the implementation of collective leadership, the promotion of a responsible practice of the organized citizens and the influence in the public administration, oriented towards inclusive public politics, are essential.
Programs
We have developed projects for women and girls and groups of young men and women in some municipalities of Bogotá and Cundinamarcato to combat gender based violence. The central actions have been aimed at awareness communication campaigns, competitions, training workshops for youth groups, women’s and civil servants and public officials, recognition of service protocols in municipalities and local areas for women victims of sexual violence, partner violence and sexual harassment, public policy analysis, construction of agendas, impact on municipal councils and mayor’s office, among others.
Here we have managed to make a virtual school of national character on political participation for women, developed from 2007 to 2008, with the support of the Council of Barcelona and in partnership with the National Network of Women, involving women from all political parties. Additionally, CIASE provided the participatory construction of the Public Policy Agenda for the Women of Bogotá that was the leading path of women’s organizations in the District Development Plan for Positive Bogotá; a similar process was developed with the Federation of Peasant Women of Cundinamarca (FEDEMUCC), developing and agenda for women of Cundinamarca and whose influence managed to result in an Office of Women and Gender in the department´s Government. An action plan for equity in gender was also developed and the autonomy for women of Sibate, whose tasks are now part of the programs of the health municipal secretariat