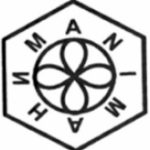 Background
ANIMA was registered in 1996 as an association for the culture of peace and non-violence in the municipality of Kotor, Montenegro following a year of hard work by a volunteer-based and enthusiastic group of women psychologists who had been gathering in an informal peace-activists group since 1991. While ANIMA was founded as an act of resistance to misogynist and chauvinistic surroundings, the primary motivation for the Centre’s foundation was to provide systematic education and research in women’s topics on the basis of an interdisciplinary, interactive approach and critical models of knowledge.
Mission/Goal
ANIMA is a non-governmental, non-profit organization with the goal of improving gender equality and contributing to the development of positive, sustainable peace in Western Balkans. Its vision is of non-violence and equality in society and its mission is to create a non-patriarchal society by spreading the culture of peace and non-violence as well as by promoting gender equality.
Projects
During the 2010 – 2011 year, ANIMA held “Women Build Peace” to mark the 10th anniversary of UNSRC 1325 and in order to draw attention of the public in Montenegro to the question of women’s security and a feminist concept of security. The project was supported by the Global Fund for Women. Anima conducted research in eight cities in Montenegro and organized educative workshops. The results of this research reflected that many in the community were not informed about the importance of these issues. ANIMA indicated that it is necessary to make an action plan on state level. Within this project it published a brochure: “UNSCR 1325 – Women, Peace, Security – 10 Years” comprising definitions of traditional and new concepts of security; the text of UNSCR 1325; the results of the research in comparison to research conducted in Serbia; conclusions; recommendations; and formulation of feminist, anti-militaristic concept of security.