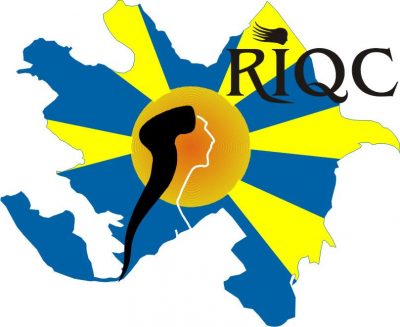 Women’s Association for Rational Development (further WARD) was created in 2002 by a group of active women, who were united with the MISSION to contribute to the development of Azerbaijan through women’s empowerment and equal participation. WARD is a non-governmental, non-political and non-profit women’s organization, which was registered by the Ministry of Justice in 2005.

WARD’s mission is based on the faith that full democracy, justice and development cannot be reached if there is any distinction, exclusion or restriction made on the basis of gender, age, religion, ethnicity and affiliation. WARD is struggling against any kind of discrimination and violence.

WARD’s vision is democratic and prosperous Azerbaijan, where women are empowered with knowledge & consciousness to be equal & active citizens of the country.

The team of WARD includes founders, members, staff-members, activists, supporters, volunteers of WARD, gathered on the basis of common goals and interests.

WARD has 23 members (with quite strict membership criteria), which form the General Assembly (GA) of WARD – a supreme decision-making body, which is gathers once a year (usually held on the 3-rd week of every December) to evaluate the activity of the organization and discuss the yearly plan. All the members of the organization have a right to take part in the GA, vote, make suggestions and take part in the decision-making process of any current point of the WARD. The amendments to the Organizational charter and structure can be made only if at least 2/3 of all the members are present at the Assembly. Every three years, the GA elects chairwoman, MB members and CRC (Control Revision Commission) members as well as adopts the Plan of Action for next 3 years, which also requires 2/3 of the members’ presence.

The Management Board (MB) is a supreme Policy & Decision-Making Body between the periods of GA. All the issues, which require careful analysis and can influence the organization’s policy, activities, standpoint and reputation, are discussed on the meetings of MB. The decisions are made by a simple majority of votes among the members of MB. In addition to the ongoing activities of WARD, MB decides about the policy and standpoint of WARD to participate in any kind of joint actions, campaigns of other networks. The MB approves the applications for the membership and makes decision on its liquidation. The members of MB receive the list of issues to be discussed as well as information about the applier to membership, drafts of projects and any other materials which need to be discussed – at least 1 week prior to the meeting.

Control Revision Commission – the members of CRC are notified about every meeting of MB at least 1 week in advance. They have the right to participate in the meetings of MB without voting right. The CRC has the right to monitor and control the activities of the organization in general and departments in particular. The CRC make the independent internal monitoring of the ongoing projects/programmes and have the access to the financial information of the organization. The CRC prepares annual internal reports at the end of every year, the summary of the report is submitted to all the members to the General Assembly session.

Departments – 10 thematic and functional departments perform the interlinked and multifunctional activities within WARD. The main directions of activities, consisting of various methods and approaches, include: education, research, monitoring, protection and advocacy. The decision within the Department’s everyday work can be made by the head of the Department, who is appointed by MB every 3 years. However, all decisions, which may influence the policy and standpoint of WARD require the approval of MB.

WARD has the Action Plan, which is approved by GA once in 3 years. The current Action Plan of WARD has 4 programs in priority:

Using innovative and creative approaches for making social impact, WARD is engaged in:

for the implementation of all 4 Priority Programs.

As a result, WARD managed to gain the main asset – the Honest and Positive Reputation of the organization, due to which WARD has constructive cooperative relations with other non-governmental organizations, state agencies, academic institutions, mass media outlets, business institutions, international organizations, diplomatic corps, and foundations.

WARD participates, joins, and supports numerous national and international events, actions, and campaigns through which it is possible to contribute to women’s empowerment. Currently, WARD coordinates/manages:

WARD is an official member/partner of: