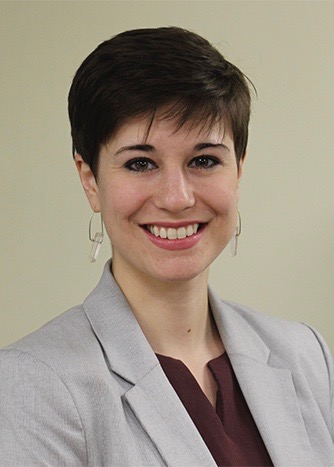 Jillian Abballe is a global advocacy and policy professional, who currently serves as the Advocacy Manager and Head of Office for the Anglican Communion Office at the United Nations in New York. Jillian is also pursuing her Master of Science in Global Affairs at New York University with a concentration on peacebuilding and a specialization in global gender studies. She received her Bachelor’s Degree from Fordham University in International Political Economy with a specialization in humanitarian affairs.

Jillian has been working in United Nations-focused advocacy for over 5 years and has built specialized expertise in the key areas of gender justice and women’s rights, peacebuilding, reconciliation, and peace and security issues, as well as the religion and development nexus.  Jillian has also served in leadership positions on a number of committees and coordinating groups, such as co-chair of Ecumenical Women at the United Nations, a coalition of 18 church-based organizations advocating for gender justice and ending violence against women and girls. She has also been a co-member on the NGO Working Group on the Security Council and the Global Steering Committee of the UN Office on Genocide Prevention for the engagement of religious leaders and actors in prevention of incitement to violence.