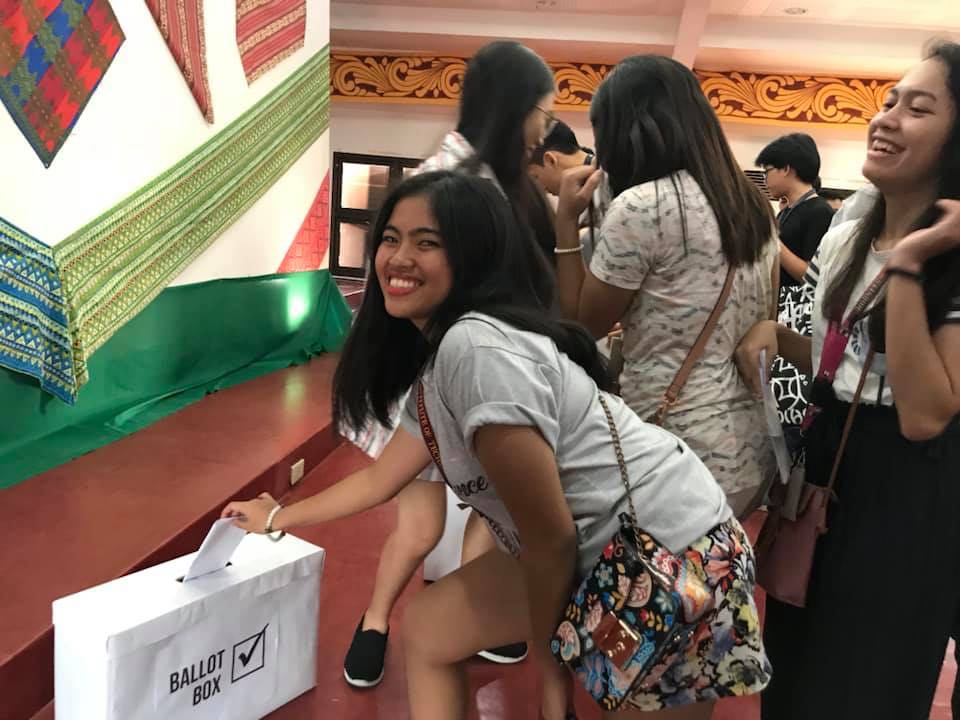 “Youth don’t have to be politicians to be involved in the election process.” With these words, Asmin A. Monib, a member of the Young Women+ for Peace and Leadership (YWPL) in the Philippines, emphasized the importance of involving new generations in the 2019 midterm elections. In the Philippines, youth represent 57% of total eligible voters, which provides them with the power to create substantial change within Filipino society through the election process.

Since the election of President Duterte in 2016, the Philippines has seen a drastic change in its political culture. President Duterte has implemented inhumane policies that have led to a “war on drugs” that has killed more than 30,000. The national midterm elections held on May 13, 2019, served as a key moment for the nation to limit the president’s ability to implement constitutional changes to lower the age of trials for eligibility as adults to 12 years old, legalize the death penalty, and potentially alter the term length for elected positions. The international community has taken a stance against President Duterte’s actions, and the country is currently under a preliminary examination of the International Criminal Court.

The midterm elections presented an opportunity for citizens to voice their concerns regarding the government’s severe human rights violations, their transition away from democracy, and the threatening of gender equality. In response, the YWPL developed programing to increase youth involvement in the elections, which is often hampered by the inaccessibility of information. In response, these young women identified a gap in public awareness and access to campaign materials; and facilitated non-partisan electoral education for over 500 young local voters ahead of the Bangsamoro Organic Law plebiscites, which recognized the autonomy the only Muslim-majority region in the Philippines, and the national midterm election.

There is no question that youth voting rates are low; however, Queenie Pearl V. Tomaro, a YWPL member, reiterated that the events highlighted “youth yearn to yield a power of their own.” Some participants, during YWPL-hosted events, linked the human rights issues affecting Filipino youth with how the upcoming election would impact their priorities and rights. The community-focused programming supported conversations that allowed youth to internalize why voting is important to them, and why their individual rights matter. The YWPL created safe and inclusive spaces, in which youth could explore the relationship between political involvement, individual rights and gender equality.

In April 2019, the YWPL facilitated “Will Youth Say Yes?: A Youth Voter’s Education Forum for the Midterm Elections,” which reached 400 youth voters. This forum emphasized that elections hold governments accountable for their international obligations. Those who attended the events also agreed that youth can drastically change the political culture of the Philippines through casting their vote.

Bianca Pabotoy, a YWPL, assured that youth have the power to “demand issue-based campaigns, result-oriented discussion and accountable commitments in all succeeding elections.” Despite the results of the 2019 national midterm elections, the YWPL members are continuing their advocacy to hold elected officials accountable on their obligations under international laws on Women, Peace, and Security; Youth, Peace, and Security; and human rights.

GNWP thanks Channel Foundation for its support to the YWPL in the Philippines.