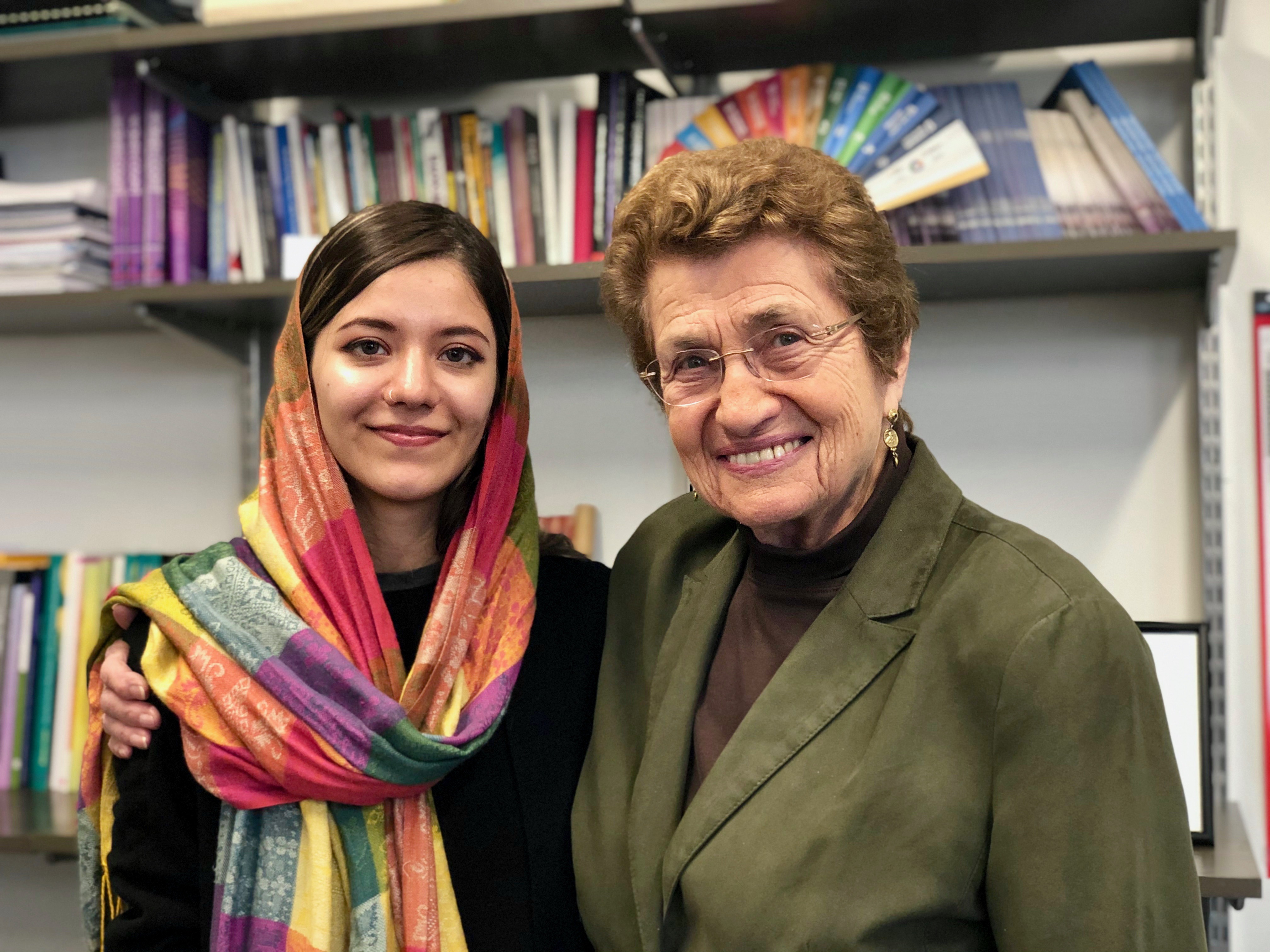 “I grew up in a patriarchal society where women face harassment and discrimination on a daily basis. Women make up 48.45% of the Afghan population. Only 19% women have college education; and only 16% women are in the labor force. Say something else for example on access to reproductive health care; 17.65% women in the cabinet; women’s economic rights before jumping into their representation in the Parliament.   Only 25.6% of the Afghan lower house are women. Only 26% are in the High Peace Council. Only 20% women participated in the peace talks in Doha. “

“72% of the Afghan population lives in rural areas and yet, local women are not involved in the peace talks or in the development of the National Action Plan on United Nations Security Council Resolution (UNSCR) 1325 on Women, Peace and Security (WPS). It is time for the Afghan Government and international community to realize that UNSCR 1325 is not just for women in Kabul but also in rural areas.”

Despite having just arrived in New York, the words of Heela Yoon resonated with those who took part in the events for the 19th anniversary of UNSCR) 1325 on Women, Peace and Security, and the Open Debate on Women, Peace and Security (WPS). Heela recently joined GNWP as the fourth recipient of the Cora Weiss Fellowship for Young Women Peacebuilders, which supports the development of young women peacebuilders. The Fellowship honors Cora Weiss, a life-long women’s rights, human rights, and peace activist who is one of the civil society drafters of UNSCR 1325.

Prior to joining GNWP, Heela worked as a desk officer and coordinator for the United Nations Department at the Ministry of Foreign Affairs of Afghanistan, where she was also a member of the committee for implementing UNSCR 1325. Currently, she is a member of Global Nomads Group and the Soola School of Leadership Afghanistan.

Heela’s commitment to uplifting women from poverty and illiteracy encouraged her to establish the Afghan Women Welfare and Development Association which seeks to strengthen and empower women and improve their participation in state-building and peacebuilding processes. Heela graduated from Kabul University with a bachelor in Law and Political Science in 2017, and is currently pursuing a bachelor degree in Business Administration at the American University of Afghanistan.

As a Cora Weiss Peacebuilding Fellow, Heela will be part of GNWP’s International Coordinating Team for one year, where she will work to promote the effective implementation of UNSCR 1325 and 2250, as well as the supporting resolutions on WPS, and Youth, Peace and Security, (YPS), particularly at the national and local levels. She will also participate in the coordination of GNWP’s Young Women for Peace and Leadership Program which aims to build the capacities of young women in conflict-affected areas and in humanitarian situations with a specific focus on leadership, literacy, peacebuilding, preventing violent extremism, and economic empowerment.

To learn more about Heela and her work at GNWP, listen to this month’s podcast! Heela also discusses some of the challenges she encountered in the implementation of the WPS resolutions at the local level, as well as her thoughts on the future of the WPS and YPS Agenda in her country.