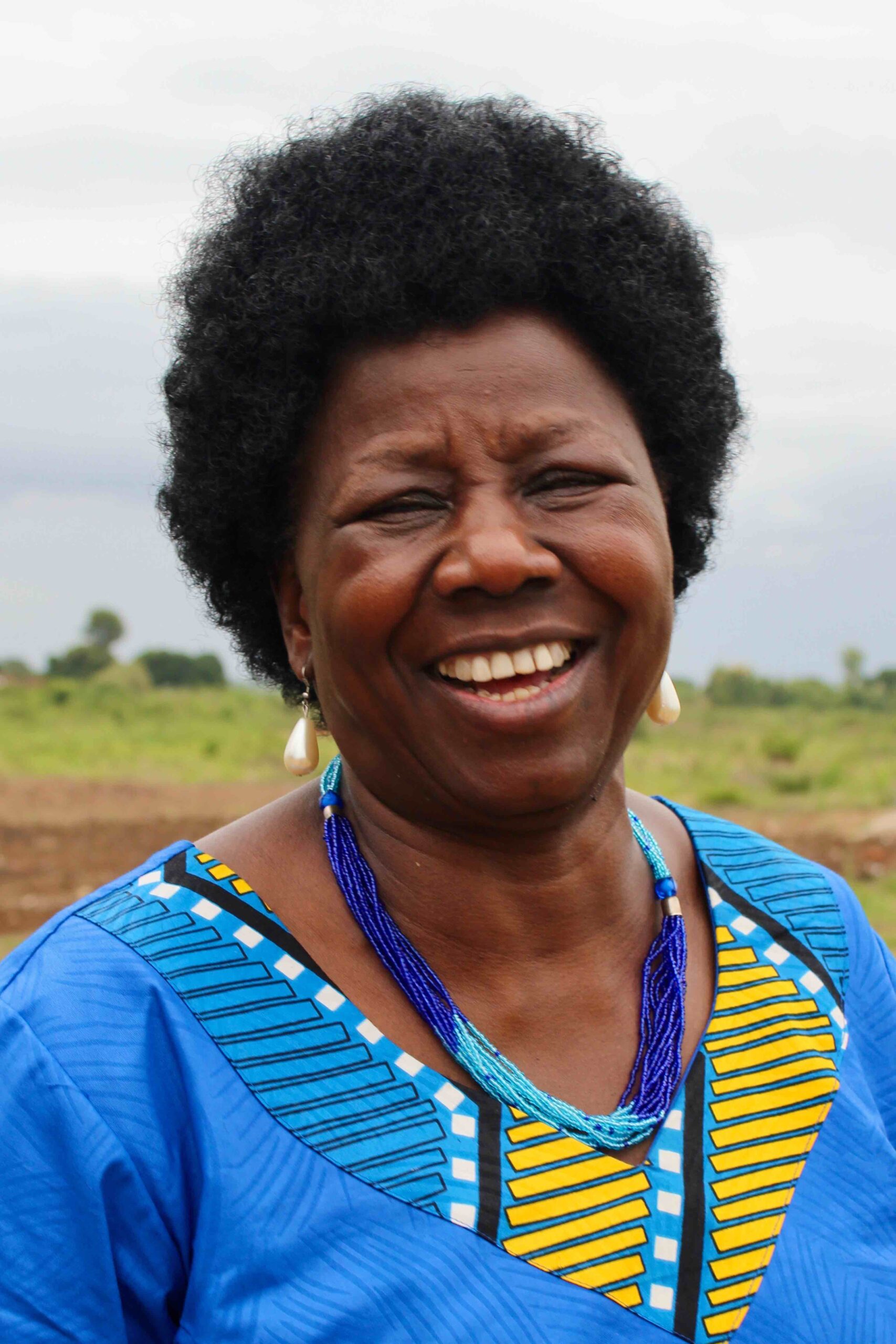 Member, Board of Directors

The Honorable Elizabeth Achan Ogwaro is a member of the National Transitional Legislative Assembly of South Sudan and a trained Mediator and Negotiator. On the national and local levels, Hon Ogwaro has been instrumental in conflict resolutions between and among communities especially in Eastern Equatoria State of South Sudan. She provides technical support to women members of Parliament and local leaders especially chiefs to foster peace among their communities.  Hon Ogwaro was one of the five members of the mediation team which negotiated a peace settlement between the Lord’s Resistance Army (LRA) and the Government of Uganda, known as the “Juba Peace Talks” (2006 – 2008).

Hon. Ogwaro was appointed to South Sudan Legislative Assembly, Juba (2005-Aug. 2007) representing the Sudan People’s Liberation Movement (SPLM) Party.  She served as the Eastern Equatoria State Minister of Agriculture, Forestry, Cooperatives and Hotels (Sept 2007-April 2010).    In May 2010, she was elected as a member of Parliament in the South Sudan National Legislative Assembly.  After the Independence of South Sudan in July 2011, she was appointed the first National Minister of Agriculture, Forestry and Cooperatives and Rural Development (2011- 2013).  Hon  Ogwaro also lectures on a part-time basis at the University of Juba, in Animal Production and Transformational Women Leadership programme of the University of Juba. She is also a member of Regional Women Think Tank on Governance and Decision Making.   She was instrumental in compiling and presenting Final Women’s Priorities and recommendations to the Donors’ Conference in 2005 and 2008.  She led the compilation of the South Sudanese Women’s Priorities for Peace and Development under Isis Wicce, (2013) and the South Sudan National Women’s Strategy (2016).  Hon. Ogwaro is the Founder of the South Sudan Women Parliamentary Caucus (2006).  She is also a core founding member of South Sudanese Women Leaders for Peace (Dec 2013) and South Sudanese Women Peace Network (2014).   She has presented many papers at conferences on Peace and Security. Her publication on Peace and security includes Initiatives to end violence in Northern Uganda.  She is known internationally for her campaign for Women, Peace and Security and equal participation in decision making.

Ms. Ogwaro is a holder of BSc. (Hons) in Animal Science from the University of Juba; obtained MSc. in Veterinary Science (University of Edinburgh) and MSc in Microbiology (University of Wolverhampton), subsequently proceeded to study for a PhD in Microbiology at the University of Wolverhampton.  She has also undergone many other pieces of training on mediation and facilitation, Leadership, Advice, and Guidance.  Her 15 years of successful grassroots mediation, negotiation, and dialogue among and between communities puts her in a strong position of mediation, negotiation.