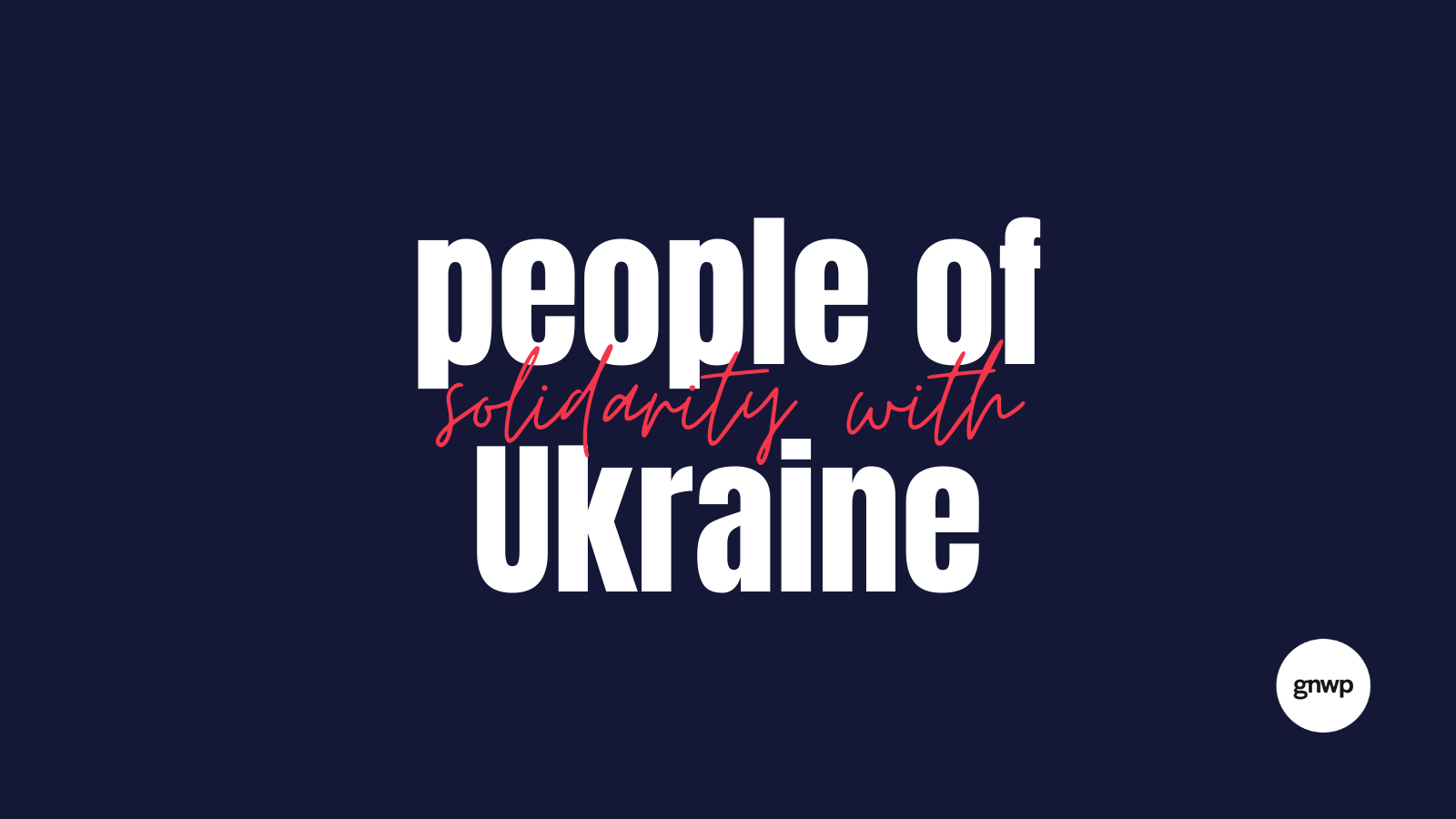 The Global Network of Women Peacebuilders (GNWP) strongly condemns the military invasion of Ukraine and the recognition of the breakaway regions of Luhansk and Donetsk as independent states by the Russian Federation. We call on all parties to ensure respect for human rights, women’s rights, and international humanitarian law.

The military invasion and the 2014 annexation of the Crimean Peninsula and territories of Donetsk and Luhansk violate the United Nations Charter and other international laws. Since the current Russian invasion, 352 have died and 1, 700 have been wounded. This adds to the more than 14,000 casualties, 30,000 injured, and over 2 million IDPs in 2014. ﻿Moreover, due to the invasion, Ukrainian women are at higher risk of trafficking, exposure to sexually transmitted diseases, and restricted access to education, employment, and health care.

The Russian Federation’s recognition of Luhansk and Donetsk as independent from Ukraine along with its ongoing military operations in Berdiansk, Enerhodar, Lviv, Kharkiv, Kherson, Kyiv, and Zaporizhzhia regions have resulted in mass human rights violations and displacement, and threaten peace and stability not only in Europe but in the entire world. These actions violate the United Nations Charter, international humanitarian law, and the Minsk Accords, a set of 2015 agreements that sought to end hostilities and reinstate protection for human rights in the Donbas region. In the face of the growing humanitarian crisis, Ukrainian women are mobilizing to distribute humanitarian aid, disseminate critical information through social media, and help families flee from the attacks of Russian military forces. Nevertheless, talks in Belarus between Russia and Ukraine have failed to include Ukrainian women meaningfully.

It is vital to support humanitarian efforts led by Ukrainian women and ensure their participation in decision-making on peace and security in accordance with Ukraine’s National Action Plan on United Nations Security Council Resolution 1325. GNWP urges the United Nations Security Council and the broader international community to take all necessary action to restore security in Ukraine, protect civilians and prioritize their needs, especially those of women peacebuilders, activists, and vulnerable populations.

GNWP stands in solidarity with the people of Ukraine, especially women and youth peacebuilders, who are key actors in the survival and resilience of their families and communities during a crisis. We must continue to listen to and amplify the voices of the Ukrainian people. We reinforce their calls for: