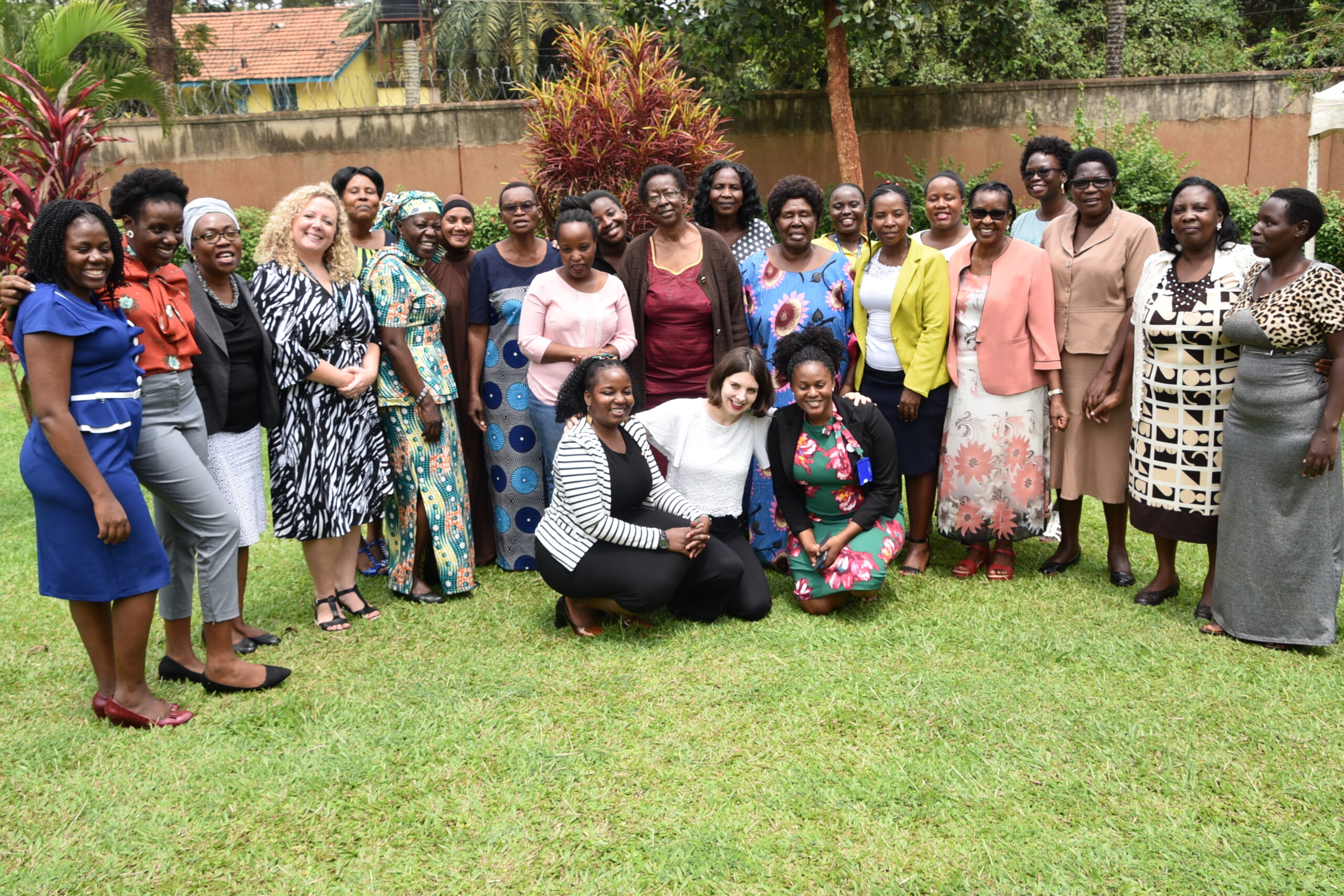 Sustainable peace requires transformative action! What do local women peacebuilders have to say ahead of the 20th Anniversary of the Women, Peace and Security agenda?

“Women are the future of sustaining peace! Their work has to be supported.”

With these words, Tintswalo Cassandra Makhubele, a peace activist from South Africa, called for the inclusion of the perspectives of local women peacebuilders in global decision-making about peacebuilding and sustaining peace.[2] Her call came at a critical time, as 2020 marks the 20th Anniversary of United Nations Security Council Resolution (UNSCR) 1325 – a groundbreaking international law that recognized women’s important roles in building and sustaining peace, and called for their meaningful participation in all processes designed to prevent conflict, build and sustain peace.

As the international community prepares itself for this critical milestone, Tintswalo’s words remind of a deeper truth – women are not only the future of sustaining peace, but also its present, and its past. Women’s peace movements have espoused the values of preventative action, cross-sectoral response and inclusivity long before they were captured in global discussions. Women are the pioneers of building and sustaining peace – as well as its future.

I met Tintswalo in Pretoria, South Africa, during a consultation on Women, Peace and Security (WPS) and the UN Peacebuilding Architecture, organized by the Global Network of Women Peacebuilders (GNWP), UN Women and the Embassy of Ireland to South Africa on March 2, 2020. Over 30 local women from across the country participated in the consultation to discuss their peace and security priorities and formulate key recommendations to inform the milestone anniversaries and review processes taking place in 2020. Similar consultations were also held in Kampala, Uganda; Bogotá, Colombia, and Belfast, Northern Ireland.

Across the four countries, many of the same challenges and recommendations resonated among the women peacebuilders. They talked about women’s roles in peace negotiations. They warned about the lack of economic opportunities and the impacts of climate change as drivers of conflict. They told us about their initiatives to bridge the gap between the needs and realities of their communities, and the political processes taking place in capitals, including their efforts to monitor elections and campaign for the protection of human rights.

The year 2020: A milestone for women peacebuilders

The year 2020 is a milestone for women activists and peacebuilders. It marks the 20th Anniversary of UNSCR 1325 – a historic resolution, which provided a normative framework for women’s meaningful participation in conflict prevention, resolution and peacebuilding, as well as the protection of women from gender-based violence during conflict. It also marks the 25th Anniversary of the Beijing Declaration and Platform of Action – the blueprint for women’s empowerment and gender equality, and a foundational document of UNSCR 1325. Both documents were the result of an unyielding advocacy of civil society and women’s movements, including from local women peacebuilders. While responsibility for implementation of these global commitments lies in large part with governments, women peacebuilders are also at the forefront of their implementation. And despite women’s work on the ground to mediate and prevent conflict and negotiate peace, they remain largely excluded and still face many barriers to full and meaningful participation in decision-making and conflict prevention, resolution and peacebuilding processes around the world. 2020 is also the year of the Peacebuilding Architecture Review – a process designed to “take stock of the work done by the United Nations on peacebuilding” and to identify concrete ways to improve UN’s peacebuilding work.

The convergence of the Peacebuilding Architecture Review, the 20th Anniversary of UNSCR 1325, and the Generation Equality Forum planned for 2021[3] to commemorate 25 years of the Beijing Platform for Action, jointly provide an important opportunity. 2020 is the year to take stock of the progress made thus far, and to look to the future and identify concrete ways to build durable and inclusive peace, that is led by local women and men of all ages and backgrounds.

What works for peace: The lens of local women

It was with this opportunity in mind that GNWP, UN Women and Ireland have set out to organize a series of consultations with local women to inform the 2020 Peacebuilding Architecture Review and the 20th Anniversary of UNSCR 1325.

Tintswalo, along with one of the participants from the consultation conducted by UN Women in Colombia – Ana Cristina Piño from the Corporación Centro de Apoyo Popular (CENTRAP) – were able to bring the voices of their colleagues to the international forum. They provided briefings to the PBC members ahead of their meeting on Women, Peace and Security. This was a remarkable opportunity for the grassroots activists to directly share their priorities and recommendations with global policy-makers, using their own, unique voice.

Tintswalo and Ana Cristina shared specific recommendations, which reflected those discussed in the consultations in Belfast, Bogotà, Kampala and Pretoria:

The women emphasized that governments, international donors and the UN should invest more funds and efforts to make sure that they include local women’s perspectives in their planning. The women in Uganda noted that while they are the ones doing the work on the ground, they are not always aware when national or international projects are being organized. They stressed the importance of engaging women’s networks – who often bring together women from across the country – when designing peacebuilding programs, to identify and consult with local women peacebuilders. They also called for more investment into women’s networks, to support their work of organizing, mobilizing and bringing together grassroots women.

Across the four countries where we conducted the consultations, women identified limited funding as a key challenge. The women in South Africa pointed out that international funding is often not accessible to them because of administrative requirements related to the size of the organization and experience in managing international grants. This leads to small, local organizations being left out. They called on donors to revise the restrictive funding requirements and create more opportunities that are designed for grassroots peacebuilders. They also called for more investment in enhancing skills of local peacebuilders – for example, on grant applications, results monitoring and reporting to donors – to make sure that they are not dependent on larger organizations that have this expertise.

Women we spoke to in Colombia pointed out that women’s participation in the peace negotiation between the Government and the Colombian Revolutionary Armed Forces (FARC) contributed to strengthening of the women’s movement in Colombia, and led to a change in the Colombian society towards more inclusive and respectful of women and lesbian, gay, bisexual, transgender and intersex (LGBTI) persons. But despite such testimonies, women face an uphill battle when it comes to participation in peace negotiations, even when they are highly trained and capable. For example, in Uganda, women are excluded from local peace committees, as well as local and national legislative bodies. As a result, key policies related to peacebuilding – such as the transitional justice policy – are gender-blind and do not reflect women’s concerns and priorities. The women called for national and international decision-makers to strengthen their efforts to ensure that women can participate in negotiations – for example, by creating national pools of women mediators to react to outbreaks of violence; and including women in local peace committees.

The women we consulted recognized that physical and sexual violence remains one of the key barriers to women’s meaningful participation. Participants in Northern Ireland also noted that sexual violence can be used as a means of community control and coercion, both during conflict and afterwards.Women in Uganda noted that women peacebuilders are often regarded as “trouble-makers” and shunned from their communities. They called for the creation of more rapid response mechanisms to support women who are facing threats. They also called for civil society-led early warning mechanisms to be able to react to increases in violence against women.

For the women we consulted with, there was no doubt that women’s economic inclusion is necessary to build durable peace. Even when women are the primary earners in the family, due to the traditional power structures, they do not have a say in the decision-making on family finances. This fuels domestic violence and affects women’s security and access to justice. The women asked for the governments to ensure a minimum of 50% of women’s inclusion in public financial institutions, to create more equitable financial laws and policies.

The message of the women we consulted was clear: in order to achieve sustainable peace, women’s meaningful participation and their leadership as peacebuilders must be recognized and supported. 20 years after Resolution 1325 was adopted, this recognition and support are long overdue. As we commemorate the many milestones of the year 2020 and look to the future, we must commit to, and invest in concrete, specific and localized peacebuilding efforts that put the trust in local women, and are long-term in nature, transformative in design, and bold in their ambitions.

GNWP thanks the Government of Ireland and UN Women for their support to this project.

Full report with recommendations from the consultations conducted by GNWP, UN Women and the Government of Ireland in Colombia, Northern Ireland, South Africa and Uganda, will be launched on October 26, 2020. Please contact Agnieszka@gnwp.org for more details.

[1] Agnieszka Fal -Dutra Santos is a Program Coordinator and Policy Specialist at the Global Network of Women Peacebuilders. She co-facilitated the consultations with local women peacebuilders in South Africa and Uganda, and co-wrote the submission to the Peacebuildig Commission, summarizing the conclusions from all four consultations.

[2] Tintswalo Makhubele briefed the Peacebuilding Commission – an intergovernmental body designed to support peacebuilding efforts in conflict-affected countries – in April 2020. The virtual meeting on Women, Peace and Security she participated in was part of the review of the UN’s Peacebuilding Architecture.

[3] Originally planned to take place in 2020, which is the 25th anniversary of the adoption of the Beijing Platform for Action, the Generation Equality Forum was delayed to 2021 due to the outbreak of the global COVID-19 pandemic. 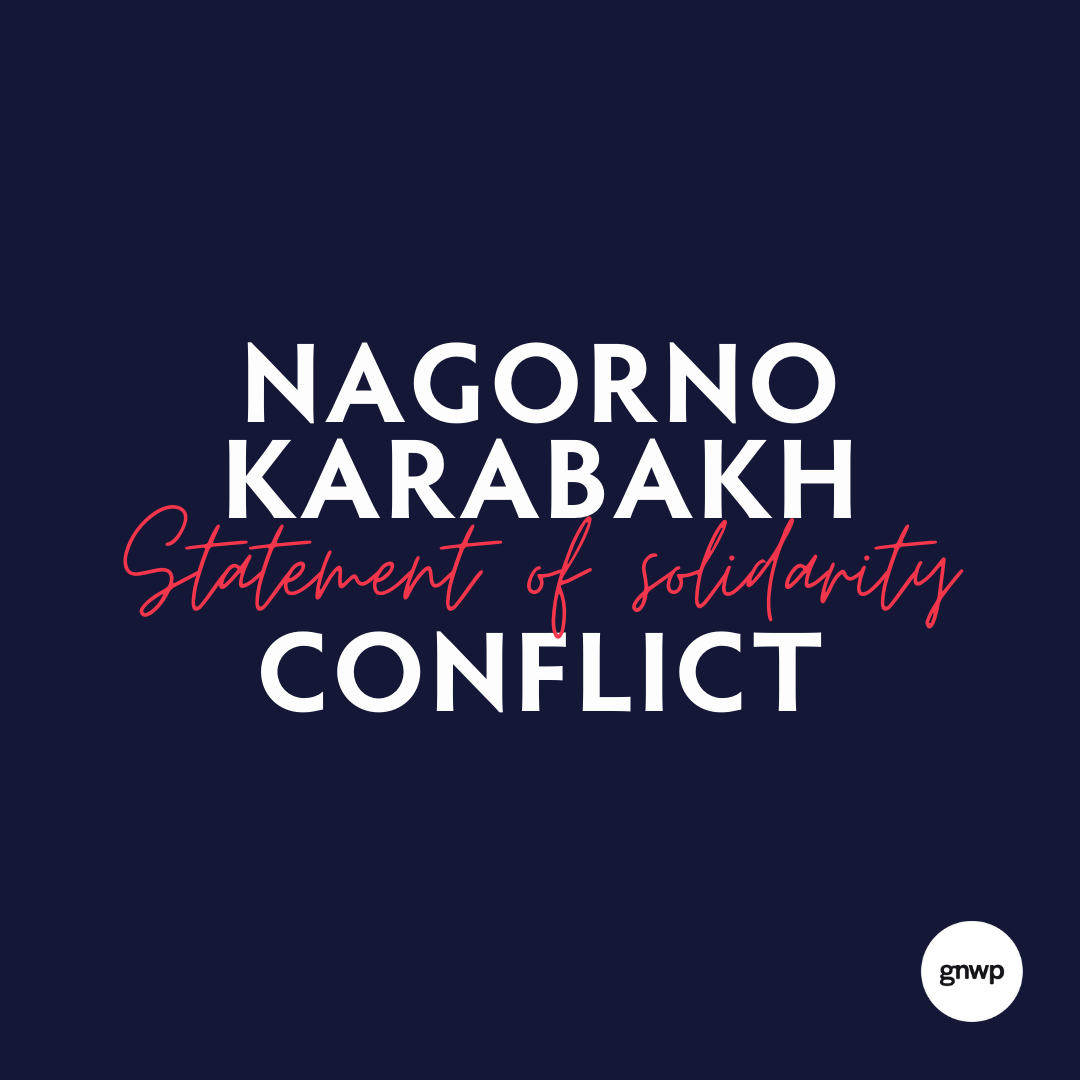 The Global Network of Women Peacebuilders (GNWP) condemns the escalation of violence on the Armenia-Azerbaijan border, in particular the killing of civilians. We call on the parties to renew their commitment to seeking an inclusive peace, end violence and resume peace negotiations. We further call on all parties to respect international human rights and humanitarian law, which require armed forces to distinguish between combatants and civilians at all times.

The fighting between Armenian and Azerbaijani forces over Nagorno-Karabakh escalated drastically on September 27, 2020, with each side accusing the other of the escalation. Clashes continued since Sunday, and civilian casualties have been reported on both sides. Both countries have declared martial law and full or partial mobilization. In Azerbaijan, curfew was imposed and access to the internet has been limited. The escalation builds on the long-lasting conflict over the Nagorno-Karabakh region. Nagorno-Karabakh proclaimed independence in 1991, but it has not been recognized by multilateral organizations, nor the United Nations Member States. Armenia and Azerbaijan signed a ceasefire in 1994. However, low-intensity fighting and periodic flare-ups continued along the border. International observers and GNWP partners in Armenia and Azerbaijan say this escalation may be the worst since the 1994 ceasefire, and warn of the risk of a full-scale war.

GNWP stands in solidarity with women peacebuilders on both sides of the conflict, who have been working tirelessly to achieve sustainable peace. We remain committed to supporting their peacebuilding efforts.

GNWP is deeply concerned by the reports of civilian casualties. We urge the parties to the conflict to observe their obligations under international law, including the Geneva Conventions and the United Nations Security Council Resolution (UNSCR) 1325. UNSCR 1325 obliges all parties to “respect fully international law applicable to the rights and protection of women and girls, especially as civilians.” Under the Geneva Conventions and customary international humanitarian law, warring parties are required not to target civilians, nor allow the civilians to be harmed in indiscriminate attacks.

We strongly urge the governments of Armenia and Azerbaijan to ensure that the rights of their citizens are protected and respected, and that the martial law measures are not used to curtail the freedom of civil society actors, or shrink the space available to them.