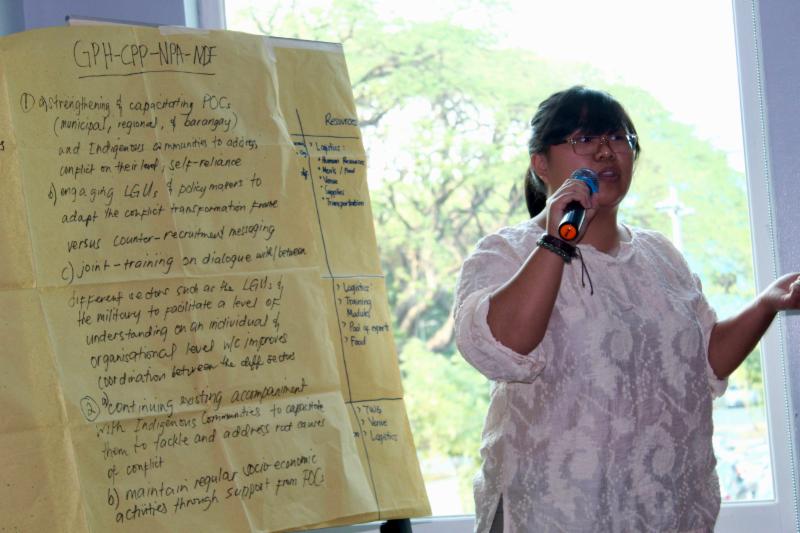 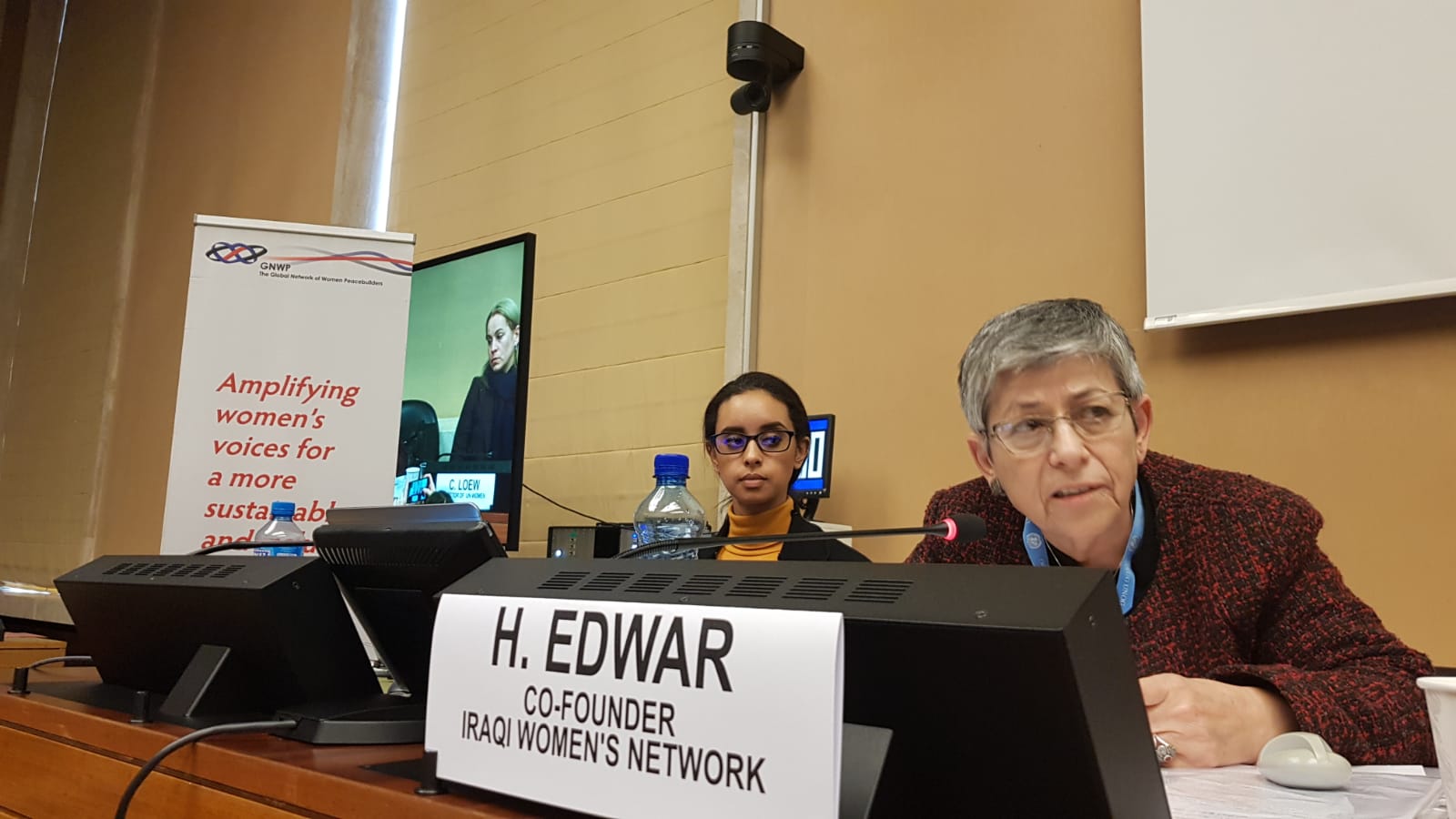 Fulfilling the promise of women’s rights instruments: Strengthening the synergies between CEDAW and Resolution 1325 for more effective implementation

In order to achieve sustainable peace, women must be meaningfully included in conflict prevention, conflict resolution and peacebuilding. The Convention for the Elimination of all forms of Discrimination Against Women (CEDAW) and the UN Security Council Resolution (UNSCR) 1325 and the supporting resolutions on Women, Peace and Security (WPS) are two powerful legal frameworks that mandate such inclusion.  Still, nearly nineteen years since the adoption of the United Nations Security Council Resolution (UNSCR) 1325 on WPS and forty years after the adoption of CEDAW, the protection of women’s rights, and the meaningful participation of women in conflict prevention and decision-making in conflict and post-conflict situations remains limited. While important progress has been achieved, more needs to be done to truly fulfil the promise of WPS and CEDAW.

On March 1, 2019, the Global Network of Women Peacebuilders (GNWP) in partnership with the Swiss Federal Department of Foreign Affairs (FDFA) and the Committee on the Elimination of Discrimination against Women (Committee) held a panel discussion on the synergies between CEDAW and WPS Resolutions. The discussion was held as a side event during the seventy-second session of the Committee, and was attended by CEDAW Committee members, representatives of the State Parties, and civil society.

There is already a strong appreciation of the importance of the complementarity between the WPS agenda and CEDAW, and the need for strengthening the synergy between the two policy instruments. The need for greater synergy was recognized in the General Recommendation 30 (GR 30), on women in conflict prevention, conflict and post-conflict situations, which instructs all 189 States parties to CEDAW to report on the implementation of the WPS resolutions. Other important milestones were the Arria Formula meeting on the linkages between UNSCR 1325 and CEDAW GR 30 in December 2016, and the development of a Framework of Cooperation agreement between the CEDAW Committee and the Office of the Special Representative of the Secretary-General on Sexual Violence in Conflict (SRSG SVC) in July 2018.

The discussion provided a space to reflect on the achievements in strengthening the synergies between CEDAW and WPS to date, and to identify concrete recommendations and next steps to further strengthen them. Hilary Gbedemah, Chair of the CEDAW Committee, opened the meeting and Ibrahim Salama, Chief, Human Rights Treaties Branch, Office of the High Commissioner for Human Rights, Ambassador Daniel Klingele, Deputy Director of the Directorate of International Law, Federal Department of Foreign Affairs delivered remarks.

During the discussion moderated by GNWP CEO Mavic Cabrera-Balleza, Bandana Rana, Co-Chair of the CEDAW Committee and Chair of the CEDAW Committee Task Force on GR 30, commended the progress evident in the increasing number of references to WPS in State party reports and civil society shadow reports to the CEDAW Committee. She also emphasized that the CEDAW Committee regularly questions State Parties about the status of implementation of the WPS Resolutions. However, she noted that while more states adopt strong and inclusive National Action Plans (NAPs) on WPS, implementation remains a challenge. Sharing the experience from her native Nepal, she emphasized the importance of a dedicated budget, and localization for effective implementation. “Localization of UNSCR 1325 can contribute to the effectiveness of other processes, such as preventing violent extremism, community mediation, increasing women’s participation in elections, and ensuring access to justice. However, few State Parties adopt a localized approach to WPS, and even fewer report on it in their CEDAW reports,” she concluded.

Ms. Hanaa Edwar, the Co-founder of the Iraqi Women’s Network shared her experience of coordinating the drafting of the shadow report for Iraq, which is due to report in October 2019. She emphasized that effective implementation of both CEDAW and WPS requires an all-of-government approach and strong coordination. This is often lacking as different ministries are in charge of implementation and reporting on different international instruments. GR 30 provides an instrument to bridge these gaps and advocate for a more harmonized and systematic approach to protecting and promoting women’s rights.

Ms. Christine Loew, Director of UN Women Liaison Office in Geneva also highlighted the progress achieved to date, including the publication of the UN Women “Guidebook on CEDAW General Recommendation No. 30 and the UN Security Council Resolutions On Women, Peace and Security”. She also shared that in advance of each meeting of the Security Council Informal Expert Group on WPS (IEG), UN Women prepares a written briefing package for participants, which includes background information from CEDAW Committee reports when relevant. Turning to the challenges, she emphasized the need greater inclusivity within the UN Security Council, and in particular the need to have more briefing by human rights experts. “There has been a positive trend in the number of civil society, including women, briefing the Security Council. We have the blueprint for better inclusion – we now have to apply it to increase the number of human rights briefers as well,” she stressed.

Ms. Pramila Patten, SRSG SVC shared a video message, in which she spoke of her office’s commitment to strengthening the synergies between CEDAW and WPS. Highlighting the importance of the Framework of Cooperation between her office and the CEDAW Committee, she emphasised that gender inequality and discrimination against women are among the root causes of sexual violence in conflict. She stressed the importance of information sharing between the SRSG SVC office and the CEDAW Committee to ensure greater accountability of Member States for ensuring gender equality, protecting women’s rights and preventing sexual violence.

Representatives of the Permanent Missions of Austria, Bangladesh, Croatia, Israel and Peru, as well as CEDAW Committee members also took the floor to further emphasize the importance of continued work to strengthen the synergies between CEDAW and WPS, and use both instruments to guarantee women’s meaningful participation in decision making at all levels.

CEDAW and WPS were both historical achievements of the women’s movement around the world. They set the standards for gender equality; women’s rights; and women’s meaningful participation in decision-making at all levels. However, more efforts are still needed to fully realize their promise.  “If we do not make a positive difference in the lives of women in fishing villages, farms, or of those living in internally displaced and refugee camps, as well as host communities receiving a large number of refugees, we are failing the promise of UNSCR 1325,” concluded Ms. Cabrera-Balleza, summarizing the rich discussion.

You can watch the webcast of the discussion, and the video message from SRSG SVC Patten here.

If you’d like to learn more about these issues, read GNWP’s policy brief on the synergies between CEDAW and WPS here.