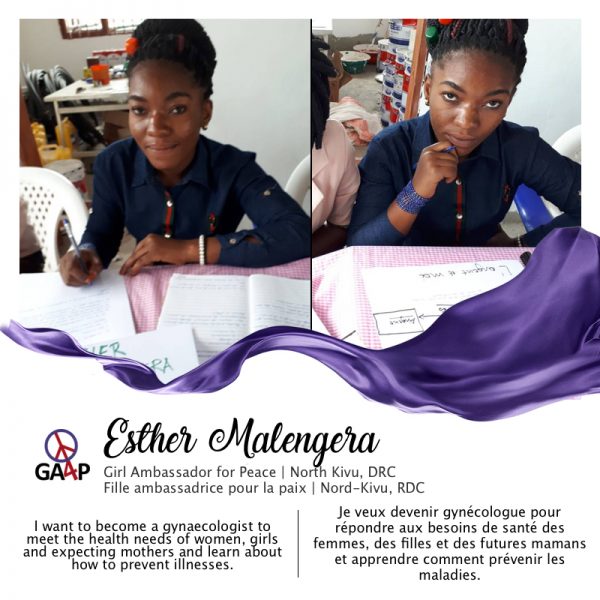 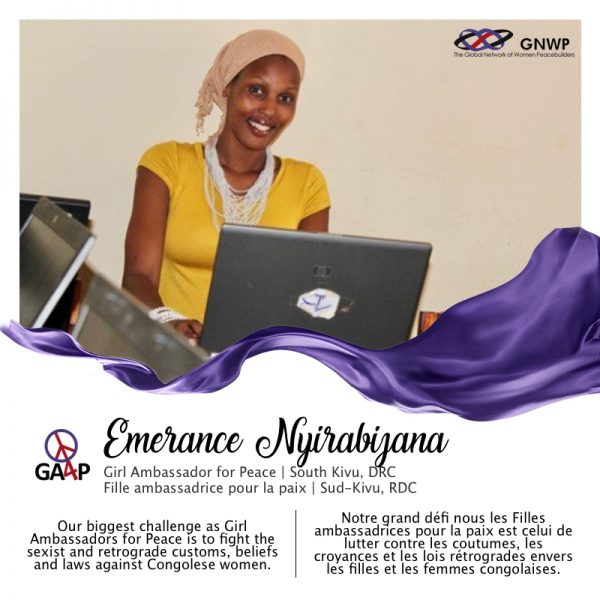 As UNHCR just sounded the alarm over recent reported atrocities throughout Southern DRC, let’s share feminist hope and inspiration♀️! Meet Emerance Nyirabizana from Itombwe who joined the Girls Ambassador for Peace a year ago to teach women in her community about their rights and how to fight for them! “Our biggest challenge as Girl Ambassadors for Peace is to fight the sexist and retrograde customs, beliefs and laws against Congolese women,” says Emerance. Let’s continue to fight for gender equality in times of conflict! 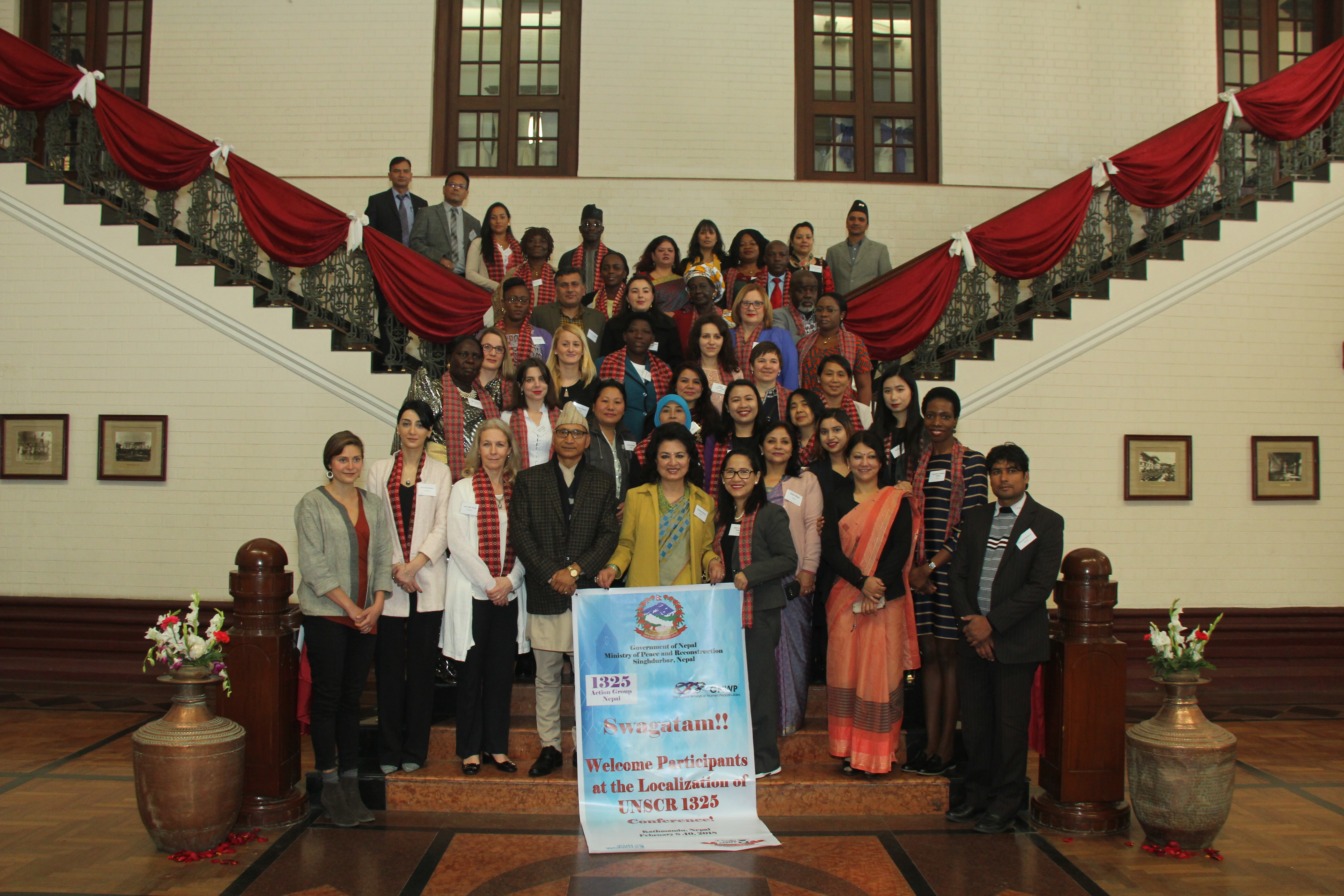 Kathmandu, Nepal–An increase in the number of women running for local elections in Nepal and the Philippines. Regular and systematic assessment of mayors’ and other local authorities’ implementation of the UN Security Council Resolution (UNSCR) 1325 on Women, Peace and Security (WPS). Better response to and prevention of gender-based violence in local districts. More realistic and implementable National Action Plan on WPS. These were some of the impacts of the Localization of UNSCR 1325 presented by the participants of the Conference on the Localization of UNSCR 1325 and Supporting Resolutions held in Kathmandu, Nepal on February 8 -10, 2018.

Organized by the Global Network of Women Peacebuilders (GNWP), in partnership with 1325 Action Group – Nepal, the Ministry of Peace and Reconstruction of Nepal, with support from UN Women, the Conference brought together lead implementers of National Action Plans (NAPs) on UNSCR 1325 and Localization practitioners from governments and civil society from 17 countries.  Representatives from the UN Women Headquarters in New York and UN Women Country Offices in Nepal and Ukraine also attended the Conference.

In her opening remarks, Ms. Bandana Rana, Coordinator of 1325 Action Group, Board Chair of GNWP and CEDAW Committee Member, described the Conference as an “exemplary illustration of the cooperation between the local, national and international partners.”

The Conference enabled participants to share outcomes and impacts of the Localization strategy in their countries, and to discuss Localization’s application to other political and peace processes such as the prevention of violent extremism and community-based conflict prevention; mediation, de-stigmatization of sexual violence; and the work towards the attainment of the Sustainable Development Goals. The Conference participants also discussed the challenges in implementing the Localization strategy, including limited funding and difficulty in ensuring continuity and institutional memory, especially given the frequent turnover of local officials. Changes in leadership at the national level following elections or cabinet re-shuffling was also cited as an obstacle to the sustainability of the Localization strategy and overall implementation of NAPs.

The Localization of UNSCR 1325, pioneered by GNWP, is a people-based, bottom-up strategy that is based on the premise that local ownership and participation leads to more effective policy making and policy implementation. It convenes governors, mayors, councillors, community leaders, paramount chiefs, indigenous leaders and traditional leaders, religious leaders, women leaders, youth leaders, teachers, the security sector and all other key local actors — to formulate local action plans (LAPs), local legislation, and integrate UNSCR 1325 and the supporting WPS resolutions into community development plans. In the past six years, GNWP has facilitated the localization of the WPS resolutions in various countries including Armenia, Burundi, Colombia, the Democratic Republic of the Congo, Georgia, Kenya, Nepal, Liberia, the Philippines, Sierra Leone, Serbia, South Sudan and Uganda.  The Localization strategy and its outcomes have also been cited by the UN Secretary-General in his reports to the Security Council and highlighted by the 2015 Global Study on UNSCR 1325.

The Conference was an excellent opportunity to strengthen commitments and inspire partners from around the world to continue their important work on Localizing UNCR 1325. The rich discussions, feedback and validation and endorsement of the Toolkit, as well as the concrete commitments made by all participants contributed to making it an important step towards making Localization a standard practice for all countries!

“If we do not make a positive difference in the lives of women in communities affected by violent conflicts, we are failing the promise of Resolution 1325,” said Mavic Cabrera-Balleza, GNWP’S CEO in an interview after the Conference.

The Conference was also featured in Nepali newspapers: The Himalayan Times; and My Republica. 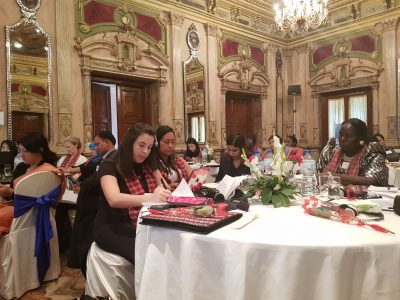 Participants listening to the “talk-show” format panel on Localization outcomes and impact in Colombia, Nepal and the Philippines

Participants working on the feedback for the Toolkit