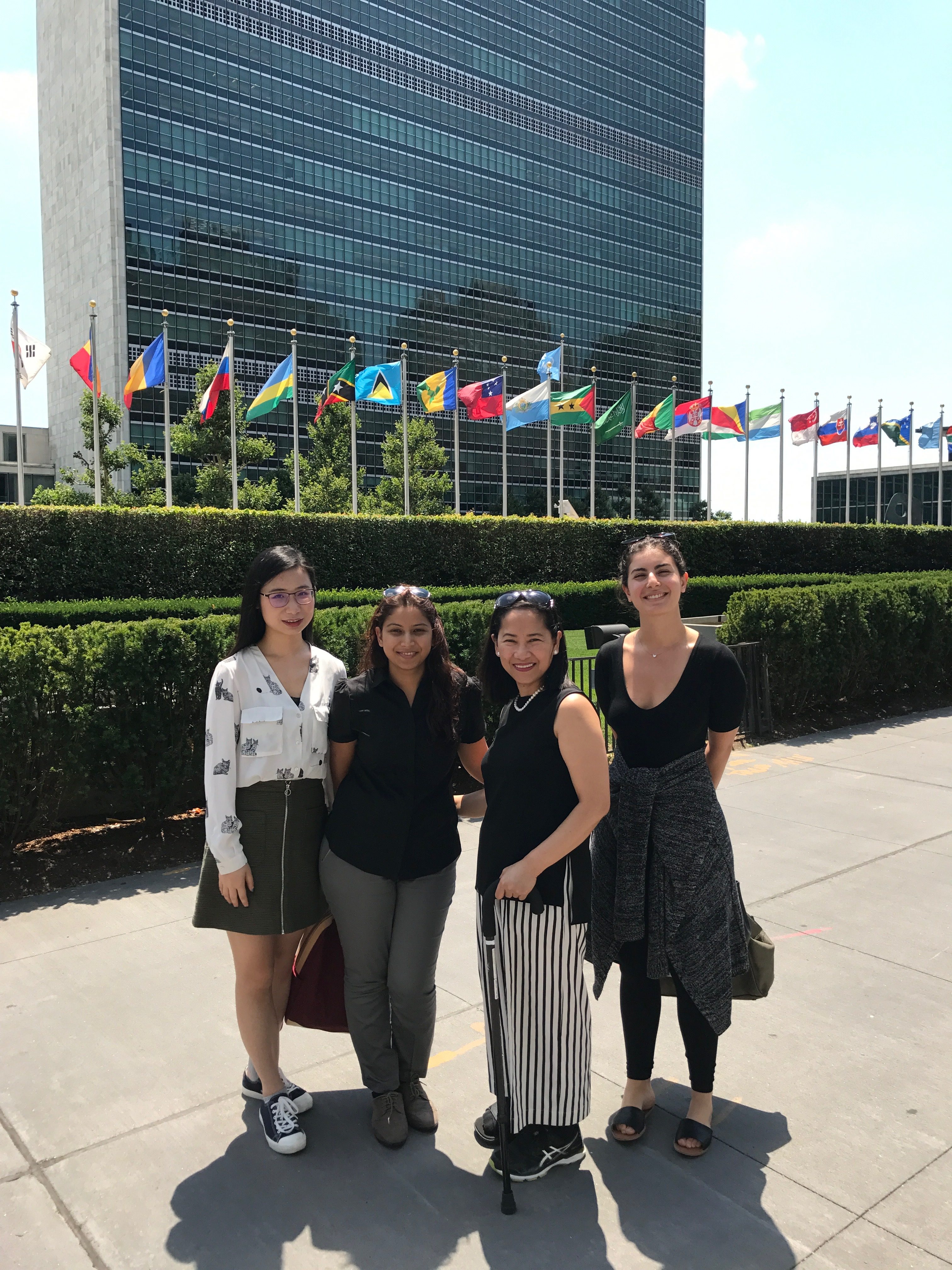 New York City, USA – The Global Network of Women Peacebuilders (GNWP) is pleased to welcome Prativa Khanal from Nepal as the second recipient of the Cora Weiss Fellowship for Young Women Peacebuilders. Khanal, who holds a Bachelor’s degree in law (LL.B) and is currently in the final stage of her LL.M degree, is a human rights lawyer from  Nepal who has worked in human rights, criminal law, transitional justice, gender and peacebuilding.

Through this fellowship, Khanal will have the opportunity to work with GNWP for one year to promote effective implementation of the UN Security Council Resolutions (UNSCR) 1325, 1820 and the supporting resolutions on women and peace and security particularly at the national and local levels. She will also participate in the implementation of the Girl Ambassadors for Peace program, which aims to train young women and adolescent girls in conflict-affected areas on literacy, leadership, peacebuilding and preventing violent extremism.
Khanal hopes to use the learning and the networks she will establish from the Cora Weiss Peacebuilding Fellowship to form  an organization in Nepal that will provide female victims of sexual and gender-based violence with legal resources to bring perpetrators to justice.

The Cora Weiss Fellowship was established to honor Cora Weiss, a long time peace and social justice leader and activist. Weiss is a supporter of the United Nations, an early member of Women Strike for Peace (WSP), serving on its national board from 1961-1973. She was a leader in the anti-Vietnam war movement in the United States. She was the co-chair and director of the Committee of Liaison (COL) with Families of Servicemen Detained in North Vietnam from 1969-1972. As part of this group Weiss organized the exchange of mail between Prisoners of War (POW) in Vietnam and their families. Weiss and the COL arranged for the return of some POWs. She was the president and a co-founder of The Hague Appeal for Peace. She  was also the president of the International Peace Bureau from 2000-2006. Weiss was one of the civil society drafters of the groundbreaking UNSCR 1325. She is the recipient of numerous peace awards from around  the world.

The Cora Weiss Fellowship for Young Women Peacebuilders supports the development of young women peacebuilders to ensure that more young people share Cora Weiss’s vision for sustainable peace and gender equality as strong and integral parts of our global culture.

For further information on the Cora Weiss Fellowship for Young Women Peacebuilders and the work of GNWP overall, please contact Kelly Yzique-Zea: kelly@gnwp.org.