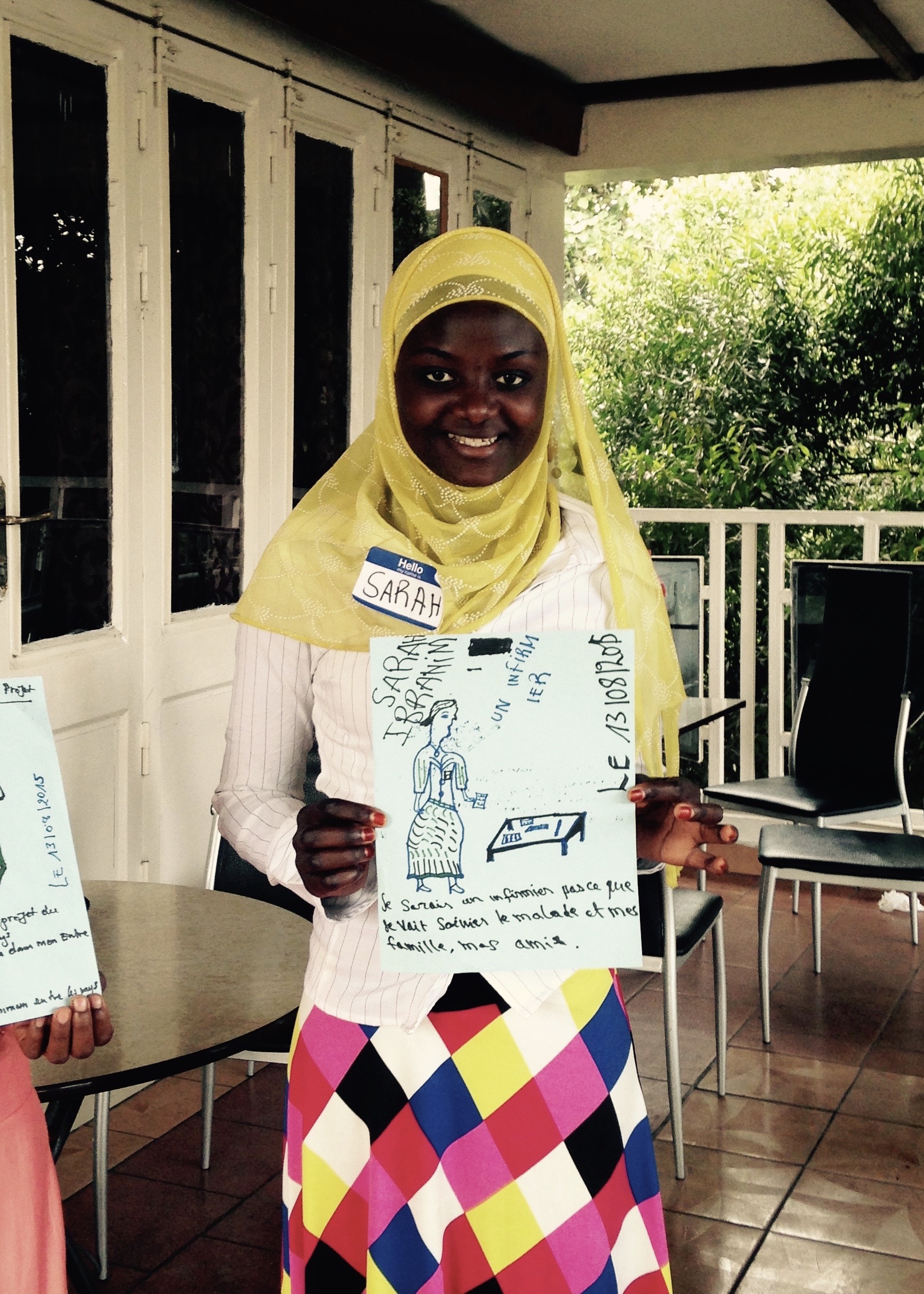 Sarah Ibrahim and the Girl Ambassadors for Peace are now on Facebook!

“My name is Sarah Ibrahim, a 19-year old member of the Girl Ambassadors for Peace (GA4P) in North Kivu, the Democratic Republic of Congo (DRC). DRC is beautiful and rich, but war has devastated our country and makes life difficult for everyone and especially women and girls. I am a rape survivor and I know there are many other women and girls who have had this painful experience. But that is not who I am and who we are. As a GA4P member, I work with other young women in North Kivu to raise literacy, promote young women’s leadership and peacebuilding in our local communities. I have also learned about Resolutions 1325 and 1820.  I am now teaching other girls and young women about them. I am also learning to use radio and social media to speak against violent extremism. I and all of my friends at GA4P want peace! The Global Network of Women Peacebuilders (GNWP), and the Synergie des femmes pour les victimes des violences sexuelles (SFVS) are our partners in this work.

I am happy to announce that the GA4P is on  Facebook: https://www.facebook.com/girlambassadors4peace/

where we share with you our exciting work in North and South Kivu as well as those of our sisters the GA4P in Eastern Equatoria, South Sudan. Please visit us and like us on FB and more importantly, send us questions and comments about our work.

The Global Network of Women Peacebuilders is proud to present its new website. The new website provides a platform for users to easily access and stay connected to GNWP’s latest work. Users will now be able to look through photos and reports from Localization, Costing and Financing National Action Plans (NAPs), the Global Acceleration Instrument (GAI) for WPS and Humanitarian Action  and NAP workshops. In addition, the website boasts a collection of videos of its workshops and interviews with local populations and thought leaders on gender equality and peace and security. The Localization of UNSCR 1325 and 1820 and Girl Ambassadors for Peace pages have been updated to reflect GNWP’s latest work. Users can browse through profiles of the Girl Ambassadors. Overall, GNWP’s new website aims to help its members, partners and the general public stay informed about the organization’s work. 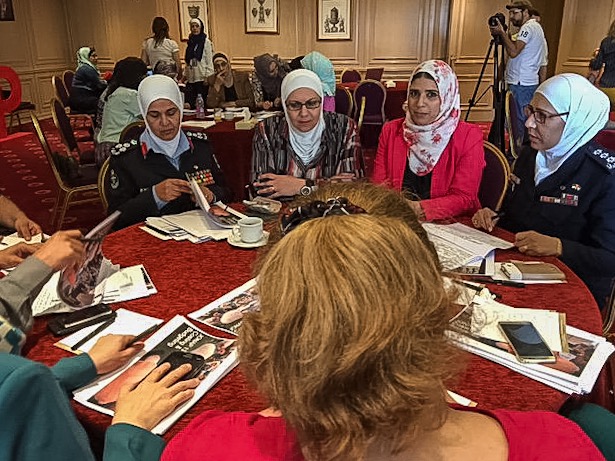 Amman, Jordan – “A budget is not only a fiscal and economic instrument. It is also a political and social instrument, that can and should be used to achieve gender justice.” This is how Arwa Al-Najdawi, a Gender-Responsive Budgeting expert, emphasized the need for adequate budget for Jordan’s National Action Plan on Women, Peace and Security (JONAP). Al-Najdawi’s audience needs no convincing. As she speaks, the members of the Jordanian National Coalition for the Implementation of the UN Security Council Resolution (UNSCR) 1325 on Women, Peace and Security nod their heads approvingly. Following months of drafting the JONAP, the Coalition gathered at the costing and budgeting workshop, facilitated by the Global Network of Women Peacebuilders (GNWP) on August 2-3, 2016. The participants examined each activity, output and outcome, and calculated how much each will cost. They also costed the monitoring and evaluation scheme. The workshop also included a session on Gender Responsive Budgeting and the Jordan Government’s budget cycle and budget laws.

The NAP costing and budgeting workshop integrated the module piloted in Georgia by GNWP and Cordaid, adapting it to the Jordanian reality.

There are now 64 National Action Plans (NAPs) on UNSCR 1325 around the world. However, only about 12 have a dedicated budget. The lack of earmarked budget for NAPs is one of the factors that hinders effective implementation.“Governments operate on budget. If there is no budget, there is no serious intent to implement,” stressed Mavic Cabrera-Balleza, GNWP’s International Coordinator.

Recognizing that lack of dedicated funding and strong, transparent financing mechanisms is a key obstacle to the implementation of the Women, Peace and Security agenda globally, and GNWP has been at the forefront of the efforts to ensure sustainable WPS financing for years. In 2010, in partnership with Cordaid, it commissioned research on the financing for WPS, which produced several practical recommendations. Later, in partnership with Cordaid and UN Women, it led the formation of the Women and Peace and Security Financing Discussion Group which led to the establishment of the Global Acceleration Instrument (GAI) for Women, Peace and Security and Humanitarian Action in February 2016.

As part of the global capacity-building component of the GAI, in 2015 GNWP and Cordaid with support from UN Women developed a workshop module for costing and budgeting the second phase of Georgia’s NAP.

Over the two days of costing activities, the participants, representing Jordan’s civil society, discussed the items needed to implement each planned activity, and estimated their cost. “Budgeting is not and should not be a guessing game. (…) Civil society should be active in NAP costing and budgeting so that their contributions to the NAP development and implementation are assigned a monetary value and are fully recognized,” Cabrera-Balleza added.

Representatives of Serbia’s Ministry of Defense and UN Women Serbia also attended the workshop. Serbia is currently developing the second phase of its NAP.

For GNWP, the workshop has been a chance to further refine the training module, making it an even more relevant tool for stakeholders developing National Action Plans around the world. The lessons learned from the workshop, and the Jordanian costing and budgeting experience will feed into the Costing and Budgeting Manual, currently being developed.

The NAP costing and budgeting workshop is an important component of the Jordanian NAP development process. It brought the JONAP a step closer to successful implementation. It is part of a four-day workshop in Jordan that includes monitoring and evaluation facilitated by the Institute for Inclusive Security (IIS).

The Jordanian National Commission for Women coordinated the initiative in partnership with GNWP, UN Women Jordan, and IIS.